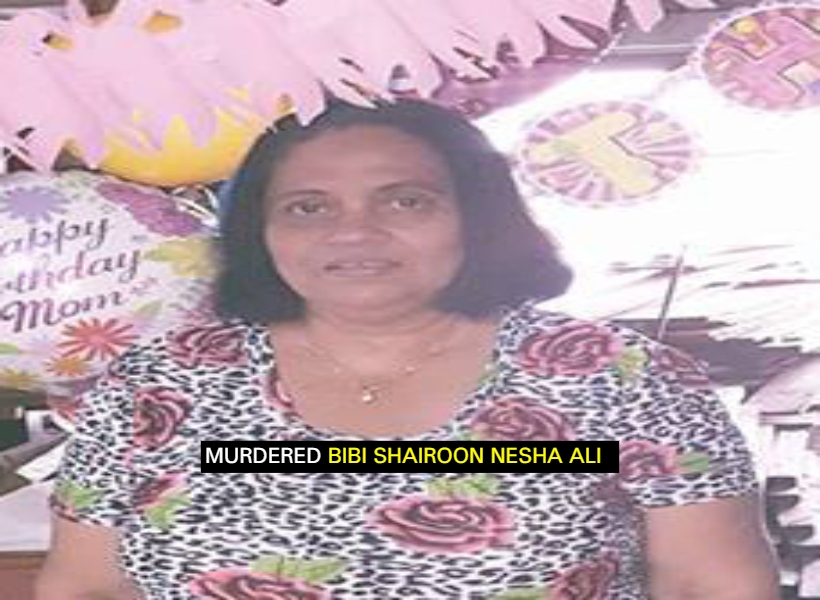 The young man accused of killing Mahaicony businesswoman Bibi Shairoon Nesha Ali back in 2016, moments ago, walked out of the High Court as a free man after a jury found him not guilty of the crime.

However, for legal reasons, the name and identity of the former murder accused, a juvenile at the time, have been withheld.

Nevertheless, it was alleged that the then 14-year-old had murdered Ali during a robbery at her Lot 4 Novar, Mahaicony, East Coast Demerara (ECD) home sometime between October 15th and 17th, 2016.

He had pleaded not guilty to the crime when his trial commenced on Tuesday before Justice Navindra Singh and a 12-member jury.

During the trial, the now 18-year-old avowed his innocence, remaining resolute that he had nothing to do with the woman’s murder, nor does he know anything about it.

On Thursday, during the closing arguments, Prosecutor Hardy had encouraged the jury to find the teen guilty of the murder of the businesswoman.

She noted that the young man’s fingerprint was on the woman’s wardrobe.

But the defence attorney had described the prosecution’s case against his client as a weak one while asking the jury to acquit the teen of the crime.

Notwithstanding, today, when the matter was called, the 12-member jury found the teen not guilty.

Ali’s body was discovered on October 17, 2016, on the floor of her bedroom. The discovery was made after neighbours had reported that the woman had not been seen for a few days.

After the gruesome discovery, the teen was arrested after the Police received information that he and the businesswoman had a heated argument prior to her demise.

Nevertheless, less than a day after the teen was taken into custody, Devanand Rampersaud, also called “Julu” of Berbice, Region Six (East Berbice-Corentyne), was arrested. He has since thrown himself at the mercy of the court.
Rampersaud pleaded guilty to the lesser count of manslaughter when he appeared before Justice Sandil Kissoon on October 16, 2019, and was handed a life sentence.