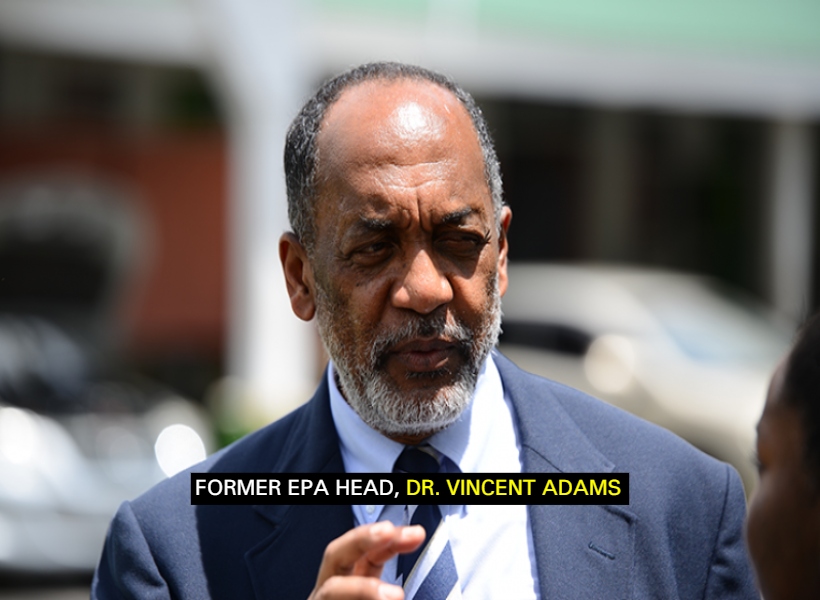 Earlier today, Dr. Vincent Adams received a letter from Permanent Secretary, Abena Moore, informing him that his services as Head of the Environmental Protection Agency (EPA) have been terminated with immediate effect. Moore was keen to note that she was acting on the instructions of President, Irfaan Ali.

During an interview with Guyana Standard moments ago, Dr. Adams explained that his contract stipulates that either he or his employer can terminate the contract once three months notice has been given. The employer also has the option of terminating with immediate effect but must provide three months’ pay. Dr Adams said that the government has chosen to do the latter. “No reason was provided in the letter as to why my services were being terminated but they thanked me for my contributions and wished me good luck,” the former EPA Head stated.

When Dr. Adams was sent on over 100 days of leave back in August, last, it was with the understanding that he would be entering discussions with the government for a possible placement at the imminent Petroleum Commission. When asked about the progress of this dialogue, Dr. Adams said, “Well, these talks have not even taken place as yet.”

He added, “Vice, President Dr. Bharrat Jagdeo had asked me to call him as soon as the budget was over because he said he was interested in assigning me over to the Petroleum Commission when it was set up and I called him three times and even made calls to his Secretary and Assistant and I never got a callback.”
With his services terminated, Dr. Adams told Guyana Standard that he intends to take some time for himself and will reemerge on the scenes with some voluntary work which he has been doing for the past two decades.

He concluded, “…I came from the alleys of Christiansburg and everything I am I got from there and from the rest of the country that allowed me to excel internationally and have a stellar career. My intention has always been to return and serve the country that has grounded me…So if there is an opportunity where I can contribute then I will consider it, even if I have to do so in a voluntary fashion.”

Dr. Adams also acquired 30 years of service in the US Department of Energy (DOE) Environmental Management including 10 years as a member of the Senior Executive Service Corps ( the highest-ranking civilians equivalent to the military Generals running the daily operations of Government) heading Offices in both Headquarters and the Field.