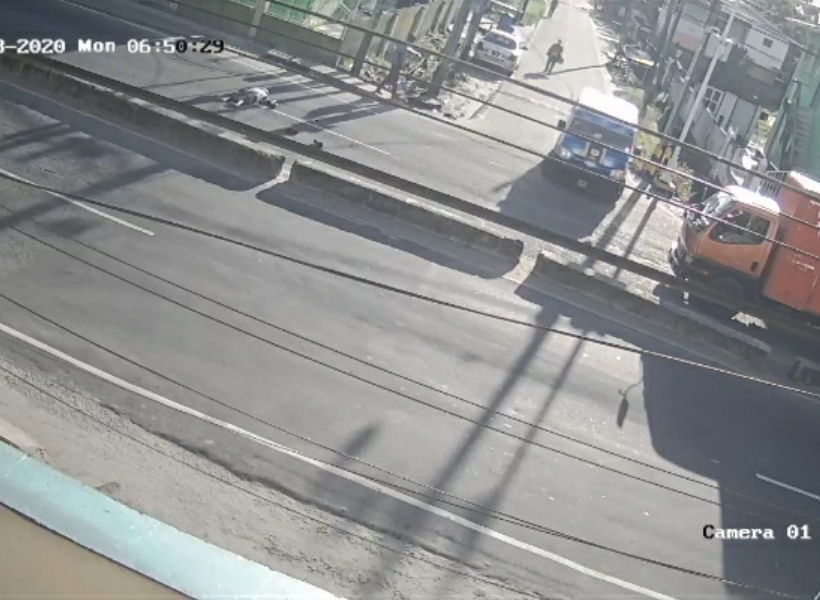 The pedestrian who was struck down and killed on the Agricola Public Road on Monday, has been identified.

Dead is 34-year-old Kevin Monderson of Lot 16 Tucville Squatting Area, Georgetown. Kevin was identified by his aunt Bridget Moderson. Reports are that the accident occurred at about 07:10hrs on Monday.

According to information received, the truck bearing registration number 8215 was proceeding north along the western drive lane of the eastern carriageway of Agricola Public Road.

At that time, the third lane for northbound traffic was activated, and while in the vicinity of Agricola road head, he observed a pedestrian standing on the median facing east of the center of the two carriageway.

The man reportedly told investigators that while approaching the Agricola road head, the pedestrian, without looking south, walked east into the path of the motor lorry.

As a result, the lorry front center portion collided with Kevin, who fell onto the roadway, and the rear right side wheel ran over both legs of the man.

He was picked up in an unconscious condition and taken to the Georgetown Public Hospital Emergency Unit, where he was seen and examined by a doctor on duty.

He was treated for head injuries, internal bleeding, and broken feet and was admitted into the emergency unit’s critical bay.

However, on Tuesday morning at about 07:30 hrs, the man took his last breath. Nevertheless, the 33-year-old driver is assisting police with their investigation.