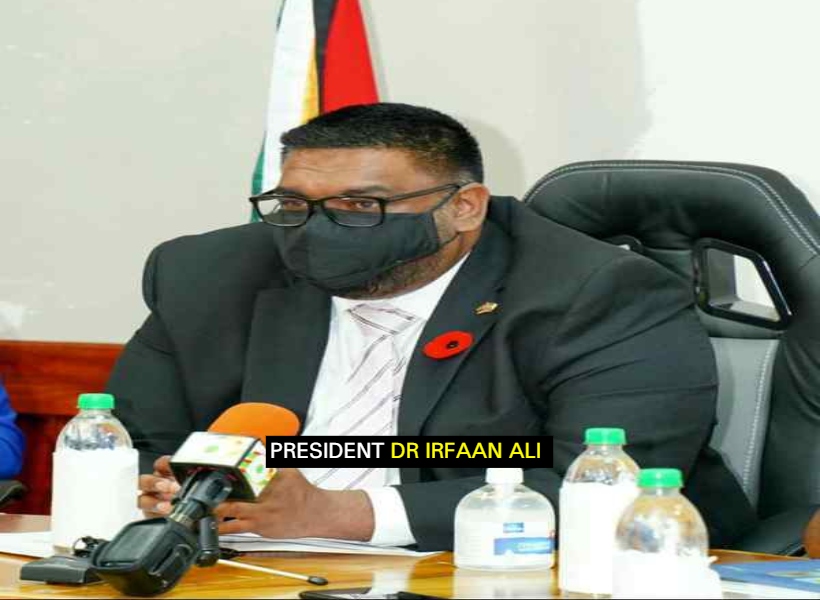 President, Dr Irfaan Ali has announced that all healthcare workers will receive a two-week equivalent bonus pay before the end of the year as part of Government’s response to the pandemic.

The Head of State made this announcement during his address at a ceremony to commence the retrofitting of the Leonora Diagnostic Hospital on the West Coast of Demerara (WCD) into a ‘SMART’ hospital.

He said that all healthcare workers will be classified as ‘frontline workers’.

”Some months ago, almost as soon as we assumed office, there was a strike among nurses;  in addressing that strike I said we all have democratic rights, but we also have a duty and an oath depending on what career we take. And I said to the nurses and doctors that we understand their complaint, but we must have patience…I promised that the government will address this issue before the end of the year. And we also backed that promise up by setting aside $150 million in the budget to support these professionals in the pandemic.”

President Ali noted that initially the health officials were trying to decide on how to differentiate between frontline workers and those who are second or third line workers.

“We have been able to cut programmes and to find additional resources beyond the $150 million. And this afternoon I want to say that we will consider every healthcare professional as frontline.”

The President assured the gathering that as the economy grows, conditions will get better. He said that come next year, special investments will be set aside for educational courses in the field of health care, public health nursing, nursing assistant, pharmacists.
“Health and education are key foundations on which the society will advance.”

The President also announced that over $1B will be allocated in the 2021 national budget to upgrade the West Demerara Regional Hospital.