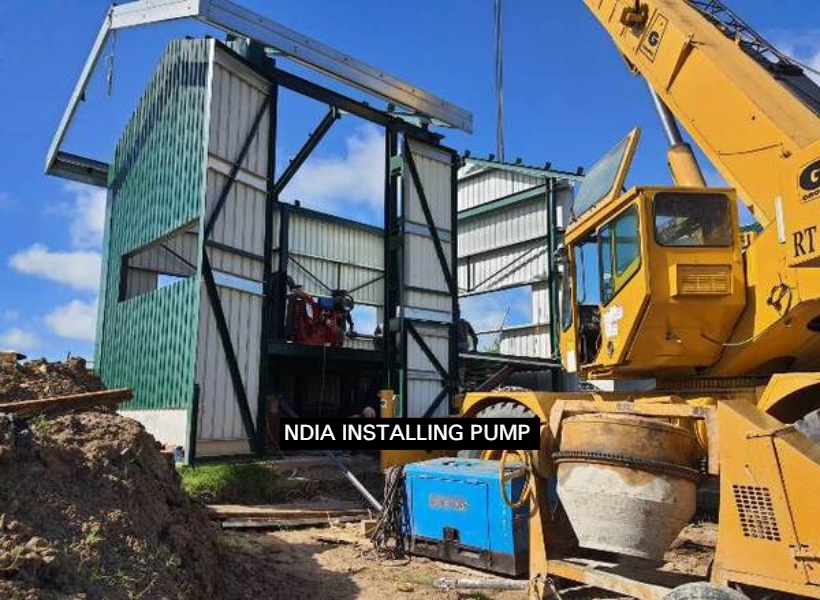 (Department of Public Information) The Ministry of Agriculture is placing greater importance on drainage and irrigation countrywide while other strategies are being implemented to lessen the effects of flooding during the rainy season.

Mr. Fredrick Flatts, Chief Executive Officer of the National Drainage and Irrigation Authority (NDIA) today told DPI that Cabinet has okayed some $525 million for the procurement of three bulldozers and 15 excavators. The equipment will be dispatched across the country to help clear canals and drains, Mr. Flatts relayed.

“The NDIA has been cleaning some of the primary channels in Georgetown including Young Street, Cummings Canal, Lamaha Street and Church Road. The Government has asked NDIA to support the Mayor and City Council with those works,” the CEO explained.Mr. Flatts said works to install pumps in flood-prone areas are moving apace to drain water off of lands. The pumps are being installed by Indian technicians and should be completed by year end.

“They are seven stations and nine pumps. Devonshire Castle and Hampton Court on the Essequibo Coast will be having two pumps each while the remainder will be installed at Den Amstel, West Coast Demerara; Hope, East Coast Demerara; Mora Point in Mahaicony Creek and at Rose Hall Town, Corentyne.”

“Because when you look at these gravity flow now and these outfalls, they are not so conducive now because you have lot of siltation occurring there. So, the pumps will help to boost drainage and at the same time some of those pumps will be used for irrigation purposes,” the Minister said.

On the brighter side, Minister lauded his Government’s move to reverse land rentals and remove value-added tax (VAT) from key agriculture machinery. He noted that farmers can now use their savings to establish projects to lessen the impact of overtopping.

“We will advance and intensify, through GRDB, our extension service across the country, where these officers will visit farmers on a regular basis to give them advise so that they can plant in a more scientific way, rather to continue with the way they have been farming over the years,” the Minister added.

The infrastructural works “on the dams” are also critical for the Ministry, Minister Mustapha said.