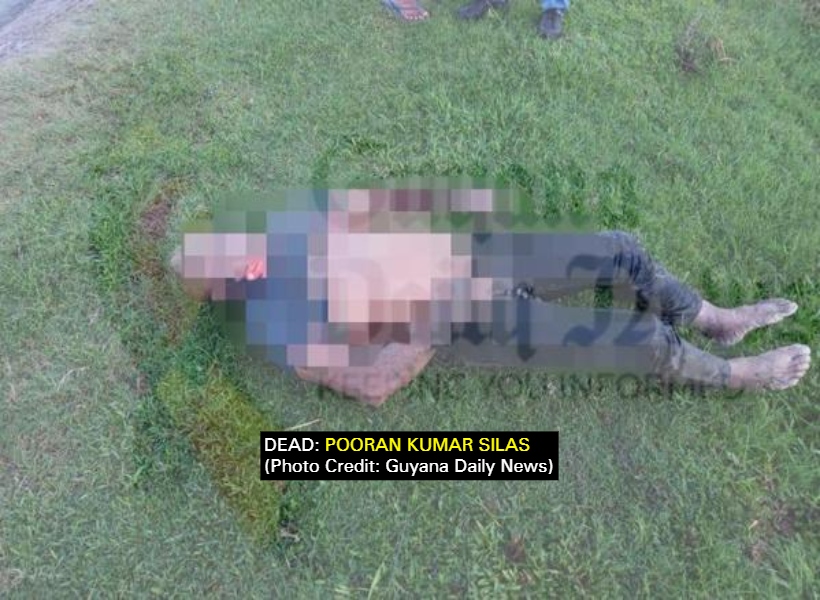 A Pump Attendant was today found dead in a trench at Richmond Village, Essequibo Coast.

The dead man has been identified as 56-year-old Pooran Kumar Silas of Richmond Village, Essequibo Coast.

According to reports, Silas left his home on Thursday at about 12:00hrs and went to a shop in Henrietta, Essequibo Coast, where he reportedly consumed alcohol.

His sister said that he returned home at about 21:00hrs. However, at about 06:00hrs today, the man’s body was observed in a trench at Richmond Village, Essequibo Coast, by neighbors on the eastern side of Richmond Public Road, at the front of his home.

A report was made at the Anna Regina Police Station, and ranks were dispatched to the scene. An examination carried out by lawmen saw no marks of violence.

The body was escorted to the Suddie Public Hospital, where he was seen by a doctor on duty who pronounced him dead.

The body was then escorted to the Suddie Mortuary, awaiting a Post Mortem Examination (PME). Investigations are ongoing.