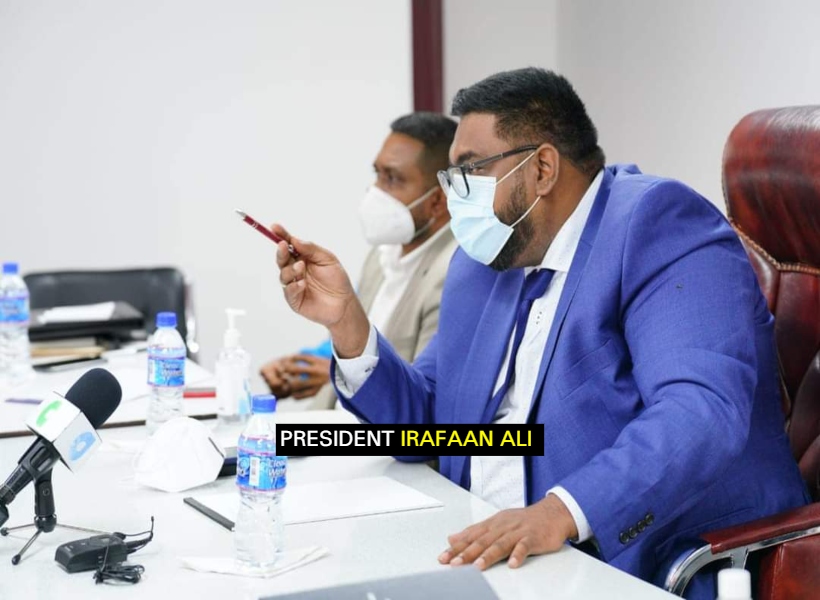 President Dr Irfaan Ali has instructed the representative of the National Insurance Scheme (NIS) to “fix it now” after hearing multiple concerns by Region Two residents during today’s Presidential outreach.

One of the resounding issues raised was the challenge with payment remitted to the Insurance Scheme. President Ali said all Guyanese should be treated fairly and all agencies and government offices should be working to enhance their lives.

NIS head, Ms Holly Greaves assured the President that the issues would be addressed forthwith as she subsequently met with the aggrieved residents. The outreach is aimed at reducing the bureaucracy and will see the collaboration among various agencies to address concerns at the community level.