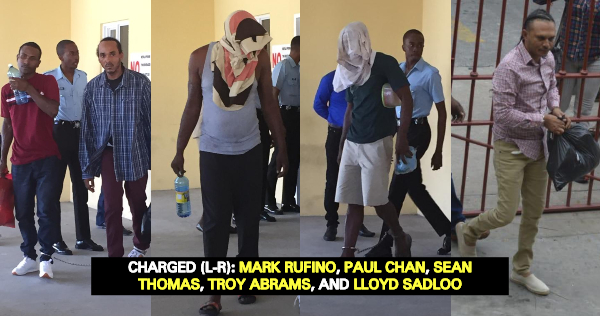 The preliminary inquiry into the fatal shooting of money changer Aaron Latchman and his 19-year-old daughter Arianna Latchman has been delayed following the escape of one of the accused.

However, between October 20 and October 21, three prisoners, including Mark Rufino, escaped from the Lusignan Prison. While two of the inmates were recaptured, Rufino is still at large.

When the matter was called on Monday before Magistrate Alicia George in the Sparendaam Magistrate’s Court, she updated the other four accused on the new development.

The prosecutor has asked for one month to recapture Rufino and to seek advice on the way forward, given that the men were jointly charged. The prosecutor explained that in the absence of Rufino, the matter could not proceed.

It is against this backdrop that the Magistrate adjourned the matter to January 29, 2021.

On June 4, 2019, Latchman and his 19-year-old daughter were gunned down during a robbery. Aaron and Arianna Latchman were killed when they were confronted by armed bandits who carried away a bag containing cash.

Reports are that the teen was attacked and shot to her chest when the bandits entered the house through the back door and began demanding cash. It is suspected that the robbery was planned and might have been executed by persons in neighbouring villages.

The men then made good their escape in a white Toyota Carina 212 motorcar.

Meanwhile, a postmortem examination performed on the victims’ bodies revealed that the money changer was shot three times — twice to the right side shoulder and once to the left. His daughter sustained one gunshot wound to the chest.

Both victims died at the Georgetown Public Hospital after being ambushed around 15:15 hrs on the day in question.