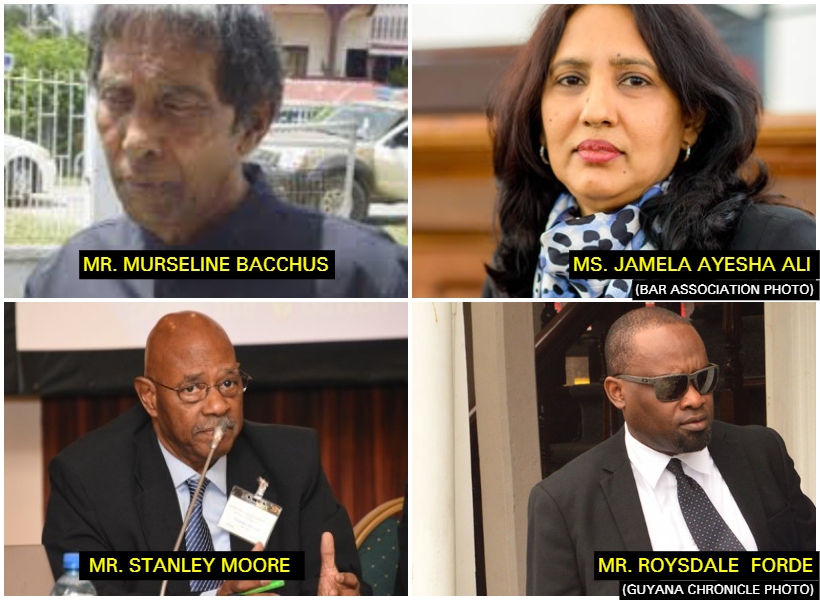 High Court Judge Nareshwar Harnanan today threw out the application filed by Attorney-at-Law Timothy Jones seeking to have four appointments as Senior Counsel, which were made by former President David Granger, quashed.

Jonas had moved to the High Court seeking an Order of Certiorari to be directed to the Attorney General to quash the former President’s decision to appoint Attorneys-at-Law Jameela Ali, Roysdale Forde, Mursalene Bacchus, and Stanley Moore as Senior Counsel.

Jonas contended that the former President, in making the appointments, acted outside of his realm since the appointment of Senior Counsel lies within the inherent discretion of the High Court of the Supreme Court of Judicature.

He further contended that there is no statutory or other power conferred on the President to make any decision to appoint Attorneys-at-Law to the dignity of Senior Counsel.

However, during the virtual ruling at the High Court, the judge disagreed with Jonas’ argument that the former President acted outside of his realm since the appointment of Senior Counsel lies within the inherent discretion of the High Court of the Supreme Court of Judicature.

Judge Harnanan noted that the conferral of Silk had been done through the exercise of the sovereign power of the Queen of the United Kingdom, of which Guyana is a former colony.

The judge posits that upon gaining Republic status, the Queen’s prerogative powers were transferred to Guyana’s President under the Republic Act and the Civil Law of Guyana Act.

These powers, the judge said, are recognized by the Common Law and preserved through statutes. He was keen to note that the process for which Senior Counsel are appointed needs revamping.

The High Court judge also ruled that the President has the power to confer lawyers with senior counsel’s dignity.

The Judge, however, noted that there is a need for increased transparency and the required criteria for the conferment of Senior Counsel, also known as Silk.

The High Court ruling has now cleared the way for the conferment of Senior Counsel to three lawyers, including Jones, this afternoon by President Irfaan Ali.