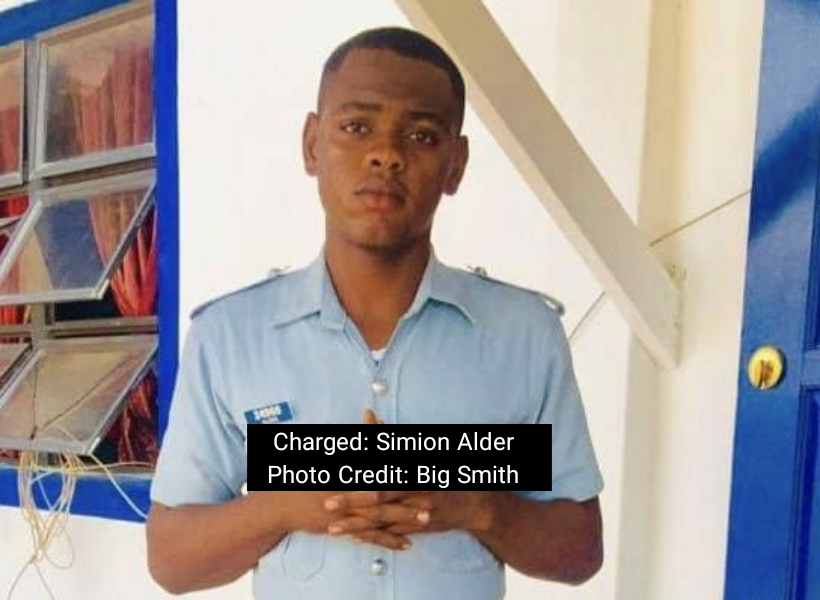 A 21-year-old Police Constable was today slapped with three causing death by dangerous driving charges and was hauled before the Whim Magistrate’s Court.

Simion Alder of Scothburg, Corriverton, was not required to plead to the charges when they were read to him by Rabindranath Singh.

The charges detailed that on August 2, 2020, along the Whim Public Road, Corentyne Berbice, he drove motor car PWW 582 in a manner dangerous to the public, thereby causing the deaths of Kwesi Lewis, Reyon Moriah, and Jessica Gallaway.

Reports are that the trio, along with Kerron Alder, was in a dark coloured Toyota Allion bearing registration number PWW 582 heading to Rose Hall Town to drop off Gallaway from an event at Alness village on the Corentyne, when the driver ran into the back of a truck that had moments before collided with another car.

According to police reports, at around 23:30 hours, two motor cars PGG 9262 and PWW 582, collided with motor lorry GJJ 5939 as the driver was about to park on the parapet.

Persons recalled hearing a bang, and upon investigation, they saw a burgundy Toyota Carina bearing registration number PGG 9262, badly mangled on the front right side fender and the driver nursing minor injuries.

Thereafter, the vehicle ran into the rear right wheel of the lorry a short distance away from the entrance of the Whim Police Station Street.

As residents were rendering assistance, Alder’s vehicle came crashing into the rear of the lorry. The impact ripped the roof off of the car and sent it careening into the nearby trench.

The injured were rushed to the Port Mourant Hospital, where the trio was pronounced dead on arrival.

Breathalyser tests showed that both cars’ drivers were under the influence of alcohol and above the legal limit, while the truck driver tested zero.

After listening to the prosecution’s submission, His Worship Singh granted Alder bail in the sum of $100,00 on each charge.

Following the accident, Alder was charged with driving under the influence and was released on $20,000 bail following his not guilty plea.

He was also charged with driving an uninsured motor vehicle; he pleaded guilty to this charge and was fined $20,000.