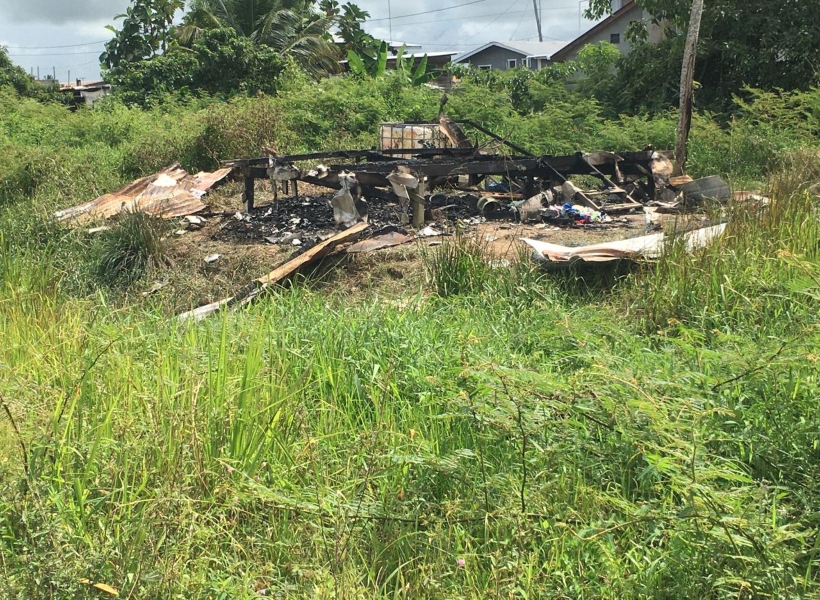 Fire of unknown origin has ripped through a wooden house which is owned by a 16-year-old female of Tuschen Squatting Area, East Bank Essequibo (EBE) on Friday.

Guyana Standard understands that the wooden house, which is a 10×15, had no electricity. The fire reportedly started at about 20:00 hrs.

Enquiries disclosed that the victim resides at the address with her child’s father, Kesshon Smith, who is a miner.

Information received stated that the victim went to a party, and on her return, she saw her home on fire.

The Leonora Fire Service was summoned and immediately went into action. However, the house was completely destroyed. They were unable to save anything—an investigation is in progress.