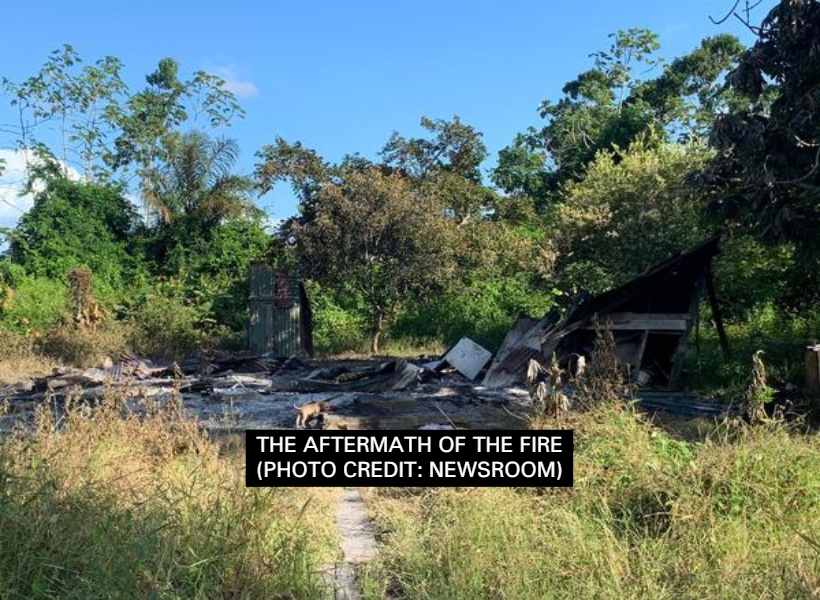 A man is now dead after a fire of unknown origin completely gutted his wooden structure at Jackson Creek Corentyne.

The Guyana Police Force (GPF), in a statement, said that Rajbanse, who is a known alcoholic and heavy smoker, was last seen on Saturday at about 16:00 hrs with a farmer from Moleson Creek imbibing.

The GPF said that they both became intoxicated and went home. However, on Sunday morning at about 06:20 hours, neighbours saw the fire from Rajbanse’s house and immediately notified the Police and the Guyana Fire Service (GFS).

The GFS arrived on the scene promptly and managed to extinguish the fire. Subsequently, Rajbanse’s charred remains were discovered and escorted to Skeldon Hospital. A probe into the cause of the fire has since been launched.