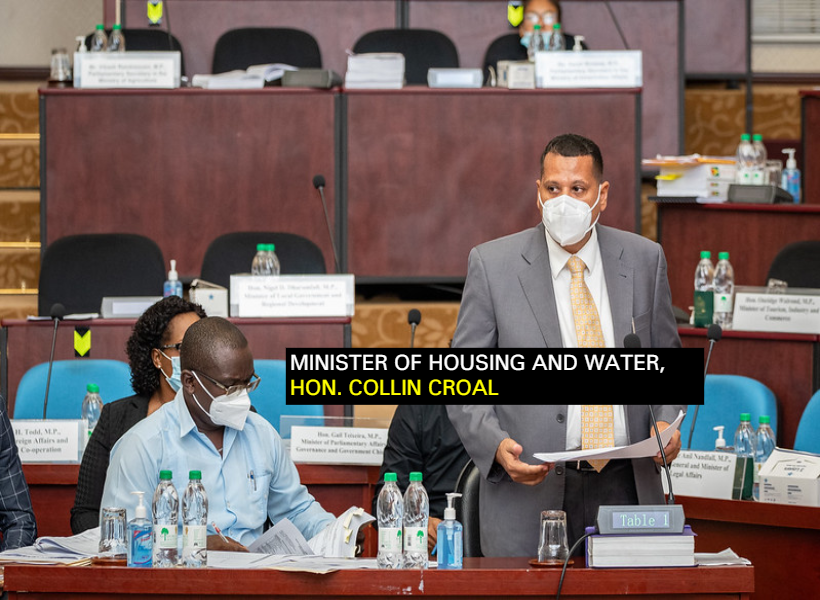 Minister of Housing and Water, Minister Croal says that the Government is actively working on a relocation plan for squatters at Success, East Coast Demerara on lands owned by the Guyana Sugar Corporation (GuySuCo). He made this announcement during the 15th Sitting of the National Assembly yesterday at the Arthur Chung Convention Centre (ACCC).

The Minister made the announcement in response to a question raised by Opposition Parliamentarian, Sherod Duncan about the provisions for these squatters.

Squatters began occupying the land some months back, which resulted in thousands of cane varieties being destroyed and the potential loss of billions of dollars in earnings.

GuySuCo has been seeking the removal of the squatters to utilise its land as the Government seeks to revitalise the sugar sector.

The coalition has been advocating for the settlement to be regularised and for GuySuCo to abandon its plans to have the residents removed.

Several months ago, the lands were flooded to force squatters to leave. Police have also had atleast one standoff with residents resulting in excessive force being used.

Meanwhile, the Minister also provided an update into the
Broad and Lombard streets squatters’ relocation programme. He noted that the project is ongoing. The $36 million relocation and resettlement initiative saw 20 families receiving keys to new homes in Prospect, East Bank Demerara in February under the Coaltion administration. It was funded by the Central Housing and Planning Authority (CH&PA) and Food for the Poor Guyana. The remaining 31 families are expected to be given houses in Cummings Lodge, East Coast Demerara.