Home News Brazil could be next “sleeping supergiant” given proximity of massive oil finds... 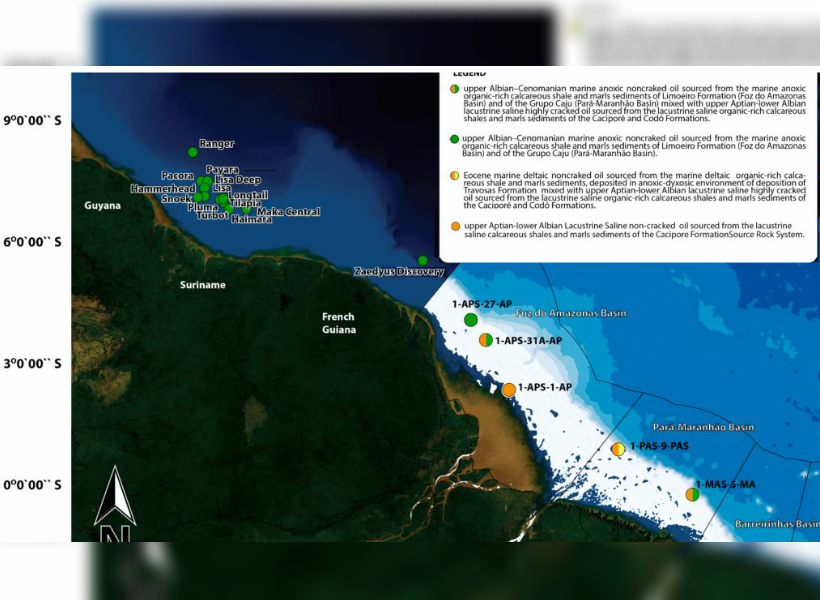 Until recently, the deep-water areas along the Brazilian Equatorial Margin had been overlooked by the oil industry. But it appears that state of affairs is about to change significantly following recent giant discoveries made in the deep and ultra-deep waters of Guyana, Suriname and French Guyana.

According to Brazil Petroleum Studies (BPS), a geo-database that offers several regional studies to give a better understanding of the petroleum systems of offshore Brazilian basins, these discoveries have proven the existence of multiple active petroleum systems in the area. In fact, the internationally recognized group stated that these discoveries, which have uncovered billions upon billions of barrels of oil, are in proximity to several exploration blocks that could be offered by the National Petroleum Agency (ANP) in upcoming bidding rounds for Brazil’s Equatorial Margin.

After completing its recent integrated petroleum system study of the Brazilian Equatorial Margin, BPS said it is clear that the plays and associated elements and processes of the petroleum systems identified in Guyana and Suriname are identical to those present in the Foz do Amazonas and Para-Maranhão basins. BPS said that these discoveries, including the supergiant giant deep-water Liza, Payara, Turbot, Ranger, Liza deep, Snoek, Pacora, Longtail, Hammerhead, Pluma, Tilapia and Haimara fields (ExxonMobil in Guyana), as well as the Maka and Sapakara fields (Apache in Suriname) and the Zaedyus field (Tullow in French Guyana), have generated massive proven recoverable reserves of light oil, with the Guyana discoveries already reaching over 9 billion barrels of oil equivalent resources to date.
BPS went on to note that its study of the Equatorial Margin went far beyond conventional seismic and well-data mapping by applying state-of-the-art basin modeling and Advanced Geochemistry Technology (AGT) to oil samples recovered in the Foz do Amazonas and Para-Maranhão basins.

In fact, the geo-database group said that these source rock systems overlap each other, which may enhance the efficiency of the hydrocarbon generation pods and migration charges. Furthermore, BPS said the fact that these distinct source rocks have different activation energies increases the chances of obtaining multiple charge pulses over a potentially wide time-window, drastically boosting the potential for successful entrapment in the reservoirs.

Finally, BPS said that the new state-of-the-art 2D seismic data acquired by TGS in the Foz do Amazonas and Para-Maranhão basins support its view that the region could be a sleeping supergiant deep-water hydrocarbon frontier.