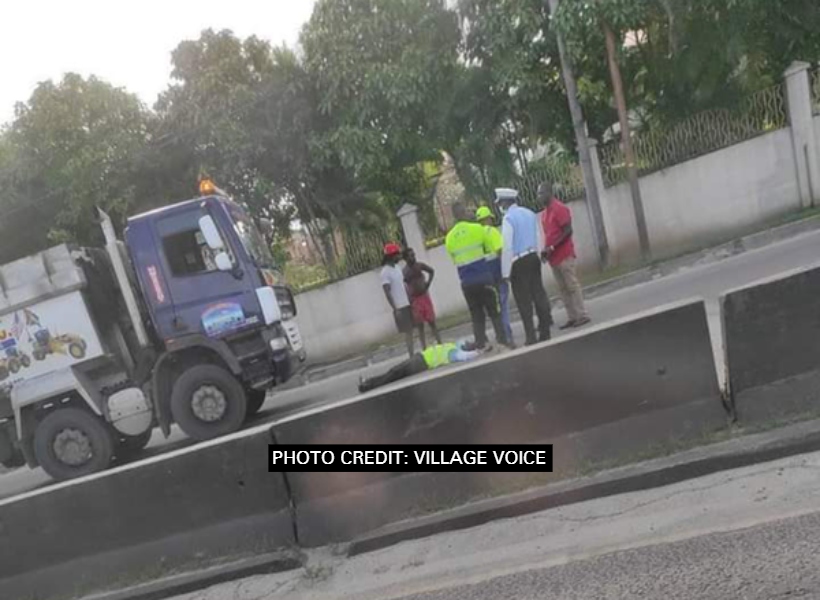 A traffic rank was this morning struck down by a motor lorry while performing duties at Houston Public Road, East Bank Demerara (EBD).

Investigations revealed that Constable Roy Shanks, who is stationed at Ruimveldt Police Station, was performing traffic duties in the vicinity of Rahaman’s Park when he reportedly indicated to the driver of a motor lorry to stop. The driver applied the brakes, but the vehicle still moved forward and came into contact with the rank, police said.

Constable Shanks was subsequently picked up and taken to the Georgetown Public Hospital Corporation (GPHC), where he was treated for minor injuries. The driver of the motor vehicle is in police custody assisting with the investigation.