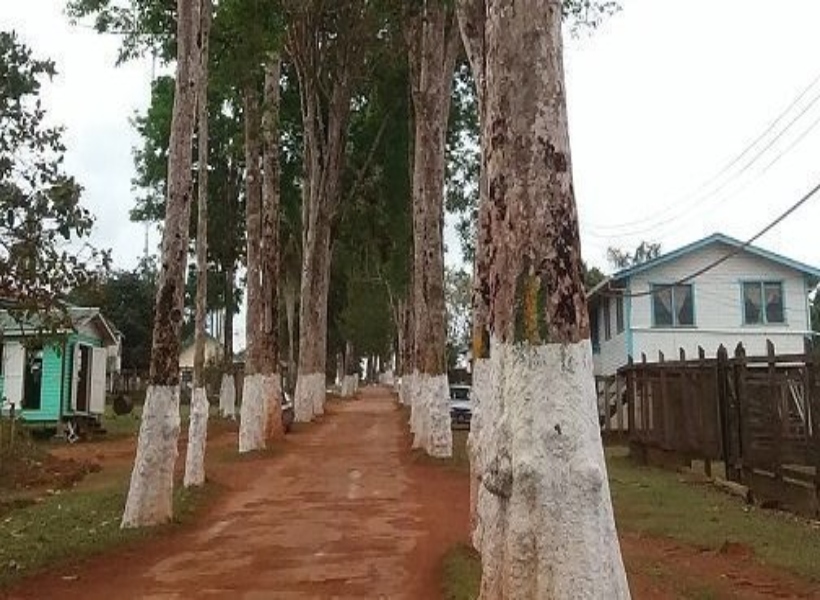 An online petition has been launched to save the landmark rubber trees at Mabaruma from being cut down. The petition has over 3,000 signatures already.

Outraged ensued after the Mabaruma Town Council issued an advisory informing the public that there will be a closure of the road in the Mabaruma Compound Area from today to facilitate the “cutting” of the Trees.

Guyana Standard understands that the trees will be removed to facilitate the expansion of a roadway.

The petitioners are calling on the Mayor of Mabaruma, the Minister of Local Government , the Minister of Public Infrastructure, the project engineer, and all other relevant authorities to find an alternate route and/or build around these trees.

“These rubber trees are over a hundred years old and an iconic part of Mabaruma- memorable to all residents and visitors. In addition- by producing oxygen necessary for human survival and absorbing harmful carbon dioxide, these trees are providing a very important public service. It is noted that those in favor of cutting down these trees have proposed a re-planting exercise. However, science has shown that on a tree by tree basis, elderly trees like the Philbert Pierre rubber trees of Mabaruma are carbon ‘vacuums’, absorbing more carbon than younger trees,” the petition says.