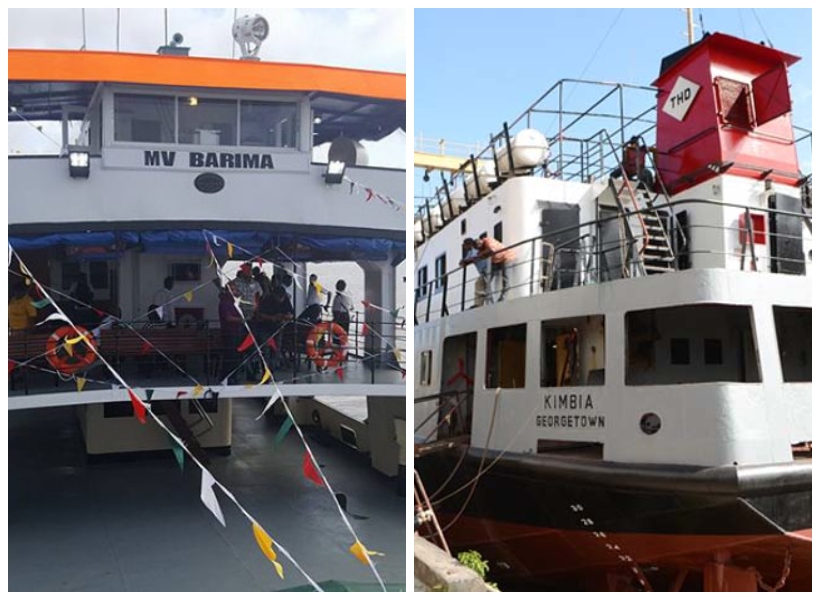 The Transport and Harbours Department (T&HD) wishes to notify the public that remedial works on the MV Kimbia and MV Barima are still ongoing and will be completed soon. Due to the severity of the defects on each vessel, the original dates of completion and sailing could not be met, the Public Works Ministry said in a statement last night.

Inspections conducted by the relevant technical personnel from T&HD and external contractors on 26th January 2021 confirmed that over 70 percent of the works were completed.

This development is “commendable”, the Ministry said, since the usual delivery time is 3 weeks and it attests to the urgency given to repairing these vessels and getting them back on their routes.

The Ministry of Public Works says that it regrets the inconvenience caused as a result of these two vessels being down, and assures the public that they understand the impact of these delays.

MV Kimbia, which plies the Georgetown/Region One route was docked last week at a city wharf after it developed a hole in its bow. The situation unfolds a little over a year and a half after some $488M was spent to renovate the vessel. The MV Barima was also docked following some engine failure, sources from the Public Works Ministry said last week.

The Ministry has informed that both engineers and other technical personnel are working tirelessly to ensure that the vessels are seaworthy and return to their respective routes as quickly as possible but without compromising safety.