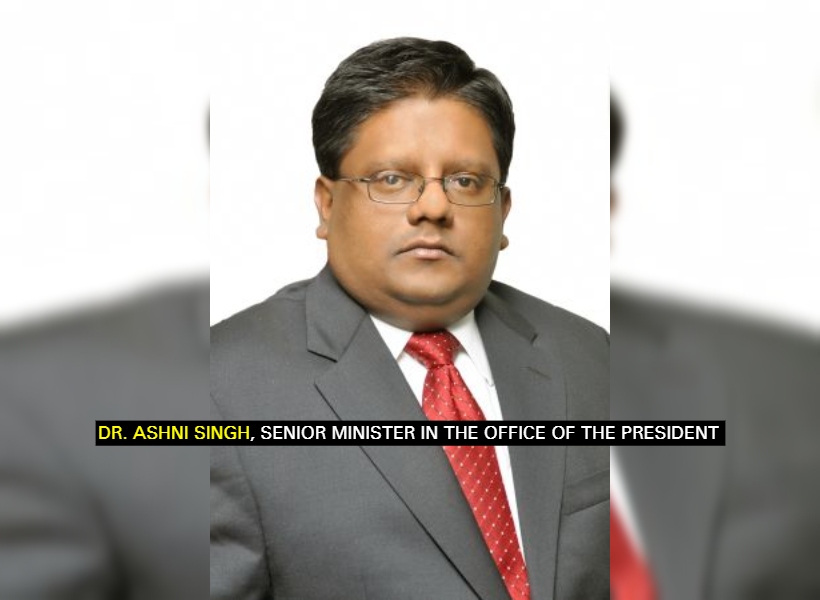 In a bid to regularize several issues unearthed after assuming office in 2020, as well as to facilitate new financing for a transformative development agenda, the PPP administration has moved to increase the ceilings for domestic and external debt.

Earlier today, Dr. Ashni Singh, Senior Minister in the Office of the President with responsibility for Finance, tabled orders in Parliament proposing adjustments to the two ceilings. It was proposed that the domestic debt ceiling be increased to $500 billion, almost 3 decades after the last upward revision to $150 billion, in 1994. Additionally, a new external borrowing ceiling of $650 billion was proposed, three decades after its last increase to $400 billion.

According to Dr. Singh, the move to increase the domestic debt ceiling was influenced by several factors, one of which is the existence of a large Consolidated Fund overdraft at the Bank of Guyana, which accumulated over the last 5 years. The official said that Government is now seeking to remedy this situation through the issuance of appropriate instruments. He noted however that if the overdraft were to be addressed under the existing ceiling for domestic debt, a breach would result.

In addition, Dr. Singh said that government would require the issuance of new domestic instruments, in future, to finance various policy initiatives, and to stimulate development of the domestic financial market. Meanwhile, the move to increase the external debt ceiling is to accommodate the existing level of external debt contracted, plus anticipated new borrowing to fund government’s development agenda.

Importantly, the Senior Minister said that these revisions to the external and domestic debt ceilings do not threaten Guyana’s long-term debt sustainability, given the substantial economic progress made since the early to mid-1990s (when the ceilings were last revised) and the country’s robust economic outlook. At the time of the last revision in 1991, the Minister said that Guyana’s external debt ceiling was set at more than 1,000 percent of GDP.

In contrast, he said that the new proposed external debt ceiling would amount to less than 60 percent of GDP, using the latest 2020 GDP estimates.

On the domestic side, when last revised in 1994, the Minister noted that Guyana’s domestic debt ceiling was set at almost 200 percent of GDP. In stark contrast, he said that the revised domestic debt ceiling would amount to less than 50 percent of GDP.
Guyana Standard understands that the above-mentioned comparisons clearly depict that Guyana’s current debt carrying capacity could safely accommodate the proposed ceiling increases.

In sum, Dr. Singh noted in a statement to the press moments ago that this landmark move serves to regularize and accurately reflect significant liabilities accumulated over the last five years and harness Guyana’s debt-carrying capacity to finance government’s transformative development agenda. He added that this latest move is consistent with the incumbent administration’s sterling track record of prudent debt management in the course of safeguarding Guyana’s long-term fiscal and debt sustainability.