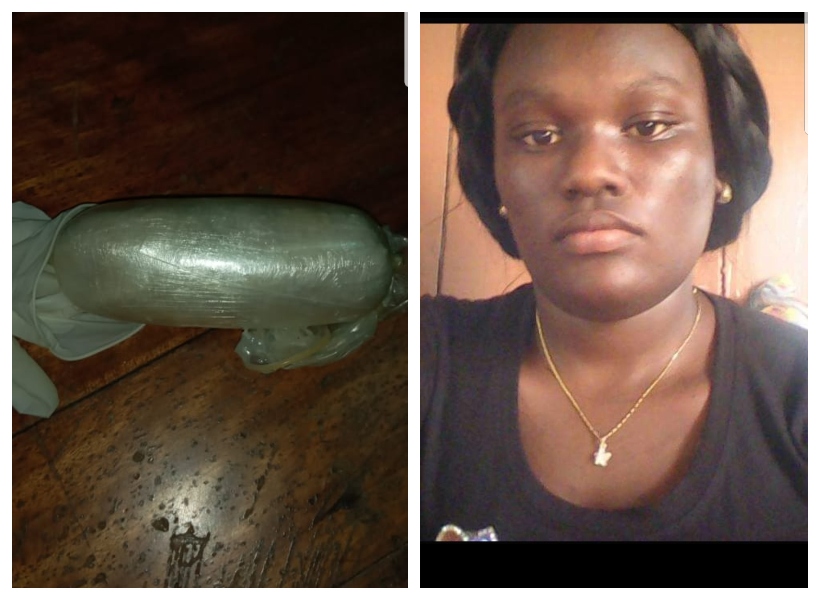 Police ranks at the Eugenie F. Correia Airport this morning nabbed a young woman who was headed to Barbados with cocaine in various parts of her body.
Tamira Melville is now guarded by police at a hospital as health care professionals will now have to retrieve the cocaine that she stashed in her body.
Guyana Standard understands that a physical search was done on Melville at the airport after she was found acting suspicious.
When searched thoroughly, Melville passed out a bulky parcel of suspected cocaine that was wrapped in plastic and condoms. The parcel remains with the police. However, Melville admitted to swallowing some 72 pellets that are yet to be retrieved.