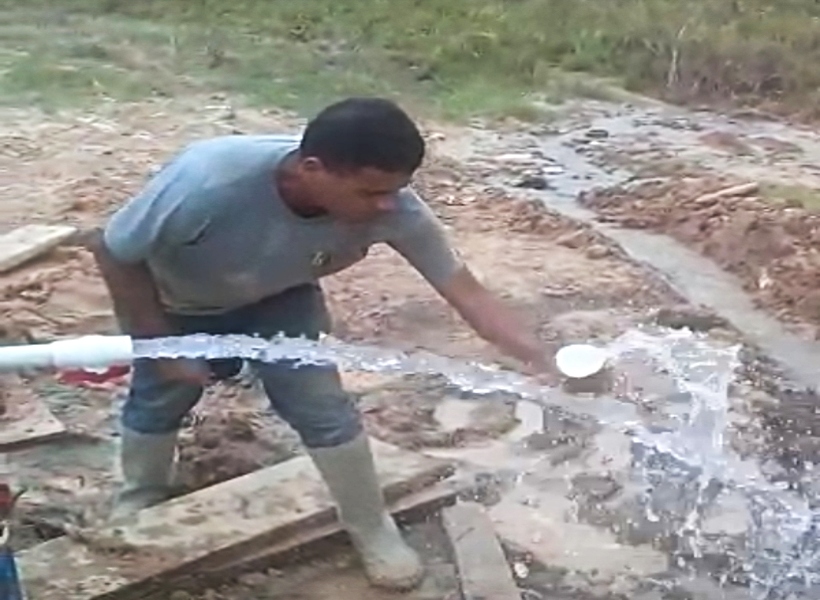 More than 400 persons from One to Four Miles in Port Kaituma, Region One, will soon benefit from first time access to potable water as Guyana Water Incorporated (GWI) works to ensure water access for all Guyanese.

This objective is being realized with the drilling of a new well in the Two Mile area and the installation of some six kilometers of pipelines in the communities, which will afford residents access to water on their premises.

This project is funded by the Government of Guyana and executed in close collaboration with the Matarkai Neighbourhood Development Council (NDC). This is aligned to Government’s priorities and commitments made by Minister of Housing and Water, Collin Croal who had several meetings with the residents and promised that potable water will be provided in a very short period.

Based on this commitment, the budgetary allocations were provided and works progressed with most of the employment being provided to residents of Port Kaituma.

Meanwhile, the drilling of another well also commenced in Oronoque, Region One to provide first time access to more than 100 households there, as well as improved service to Central Port Kaituma.

The completion of these wells will ultimately result in the community receiving ground water supply, thus reducing dependence on the Port Kaituma River as a source of water.