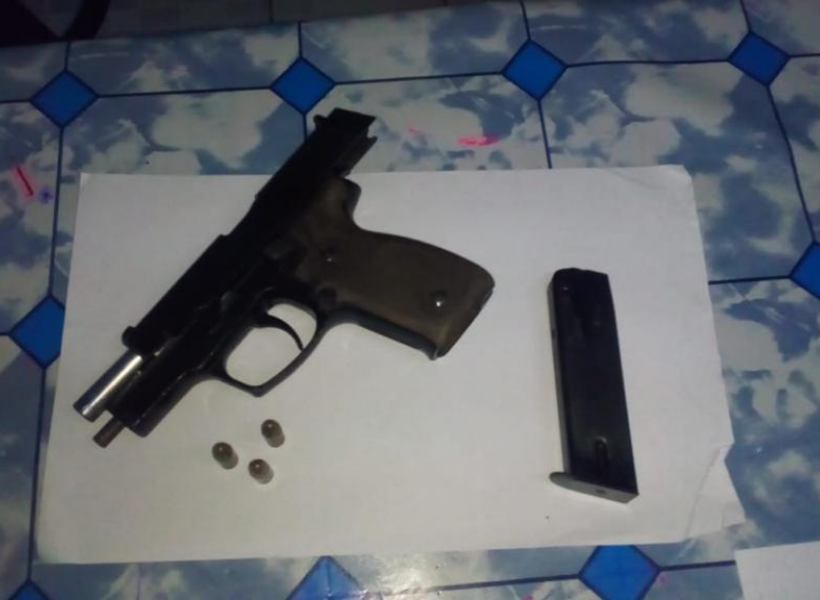 About 23:45hrs last night, a party of police from Regional Division 4A were on mobile patrol when they received information of a 911 report of domestic violence in Georgetown.

On arrival at the location, contact was made with the 911 caller who told the ranks that her reputed husband threatened her with a firearm. The ranks contacted the suspect and during a body search, a 9mm pistol with the serial number filed off along with a magazine containing three live 9mm rounds was found.

He was arrested and escorted to East La Penitence Police Station pending charges.