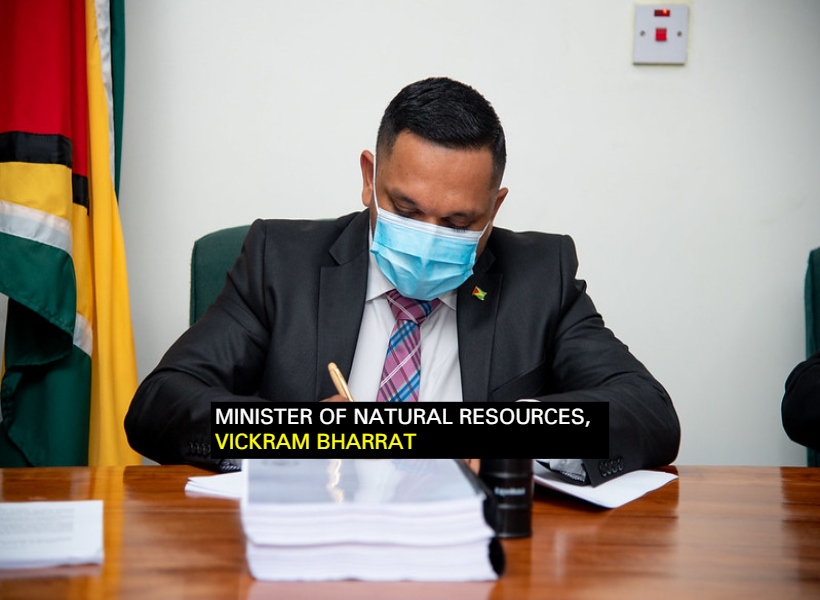 Instead of supporting interested businesses with the relevant approvals they needed to enter the quarry industry, the coalition administration chose to stifle the growth of the sector with the importation of the said resources which are fundamental to the construction sector. Exposing this state of affairs earlier today at the Arthur Chung Convention Centre was Minister of Natural Resources, Vickram Bharrat.

During his contribution to the budget 2021 debates, the Minister was keen to note that over the past few years, Guyana was producing an average of 500,000 to 600,000 tonnes of aggregates. He said that the demand up to last year stood 850,000 aggregates, which means that Guyana has been under-producing.

Minister Bharrat said, “But instead of boosting production and giving people who have capacity the relevant licence, they (APNU+AFC) chose to import aggregates and add Value Added Tax (VAT) to it. They chose to do this when they could have created employment…”

Further to this, the Member of Parliament noted that the coalition, during its time in office had given out three quarry licences. In this regard, Bharrat said that one project never produced a brick or stone.

Despite the foregoing state of affairs, the Minister said that the PPP/C government is working to undo the harm inflicted on the sector. Thus far, it has granted provisional permits for projects of considerable size which will hopefully reduce the current shortfall to a significant degree.