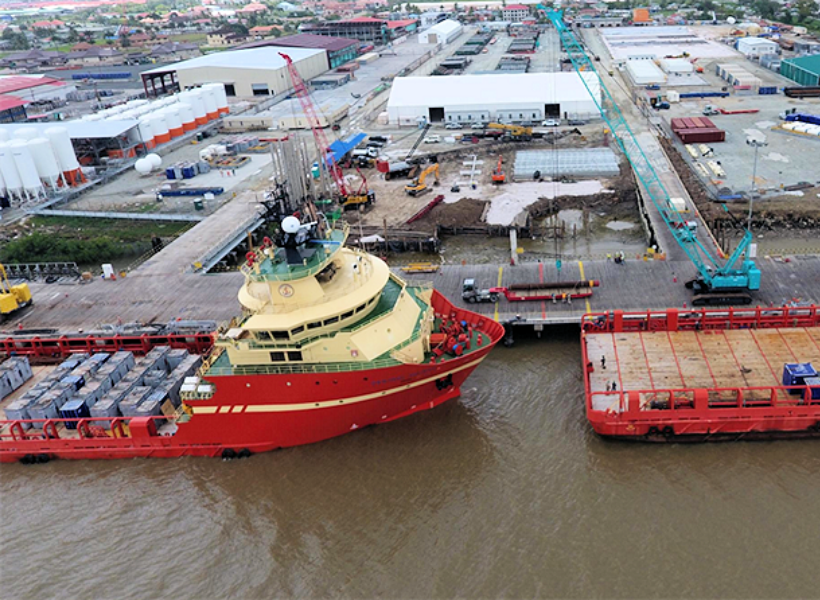 Considering the exponential rate at which ExxonMobil is moving to produce Guyana’s nine billion barrels of oil equivalent resources in the Stabroek Block, it is clear that the country will need more shore base facilities. With this in mind, Opposition Member of Parliament, David Patterson has submitted a motion to have the government establish a multi-agency task force to prepare a land-use policy specifically for the location of the shore bases to come and present its report to the House within six months.

The motion which was seconded by APNU’s MP, Christopher Jones, also calls for the Government to advise the task force that it is the preference of the National Assembly for future onshore bases be in the counties of Berbice and Essequibo to ensure parity in the development of the oil and gas industry and the equitable development across Guyana for the benefit of all citizens.

Following ExxonMobil’s recent request in the daily newspapers for information onshore bases from suitable contractors to support its needs in 2023 and beyond, Patterson is recommending that the government advise the oil company against this until the proposed taskforce completes its land-use policy report. In fact, Patterson went so far as to recommend in the motion that all future shore bases shall be state-owned but leased to private operators to ensure the maximum benefit for all Guyanese.

Whilst it is recognized that additional shore bases are needed as Guyana only has one at the moment in the form of the Guyana Shore Base Inc., Patterson said these must be developed as part of a macro-development plan and not be solely driven by oil sector demand forces.

The Guyana Shore Base Inc. was originally a commercial container terminal, which was repurposed to serve the emerging oil and gas sector. It is located on the Demerara River, which is the busiest river in the country responsible for almost 90% of the containerized cargo in the country.

Furthermore, the businesses now serving the oil and gas sector are primarily located in Houston, East Bank Demerara. However, this location was zoned as residential by the Central Housing and Planning Authority. It should be noted that the country’s prime oil and gas sector is located between two large residential communities (Ruimveldt and McDoom), and the increased activities have caused a buildup of traffic and other encumbrances, which are a constant inconvenience to the residents and travelers. It is with this understanding in mind that Patterson is urging the government by way of this motion to ensure other shore bases are built in other counties.