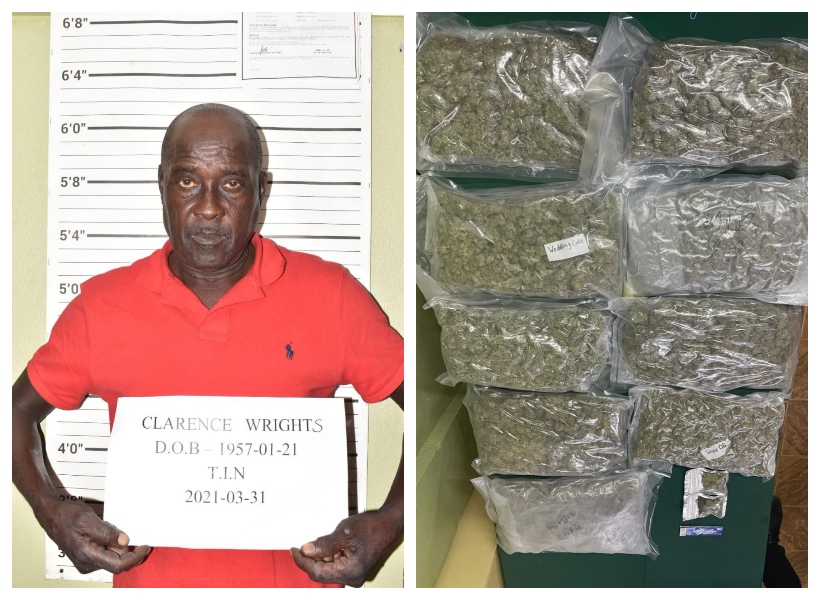 The Customs Anti-Narcotic Unit (CANU) this afternoon interdicted a large quantity of compressed marijuana from a pensioner in the vicinity of Stabroek Market.

CANU officers stopped the 64-year-old suspect, Clarence Wrights of Bagotsville, as he was entering the city from the West Bank of Demerara by way of the Stabroek Market Stelling in Georgetown.

He was seen pulling a suitcase, which when searched, was found with nine parcels of compressed cannabis. CANU officers said it weighed 4.508 kilograms (9.9lbs).

Officers also found two small ziploc parcels of marijuana, amounting to 12 grammes in his pants pocket. An undisclosed quantity of cash was also found in his possession.