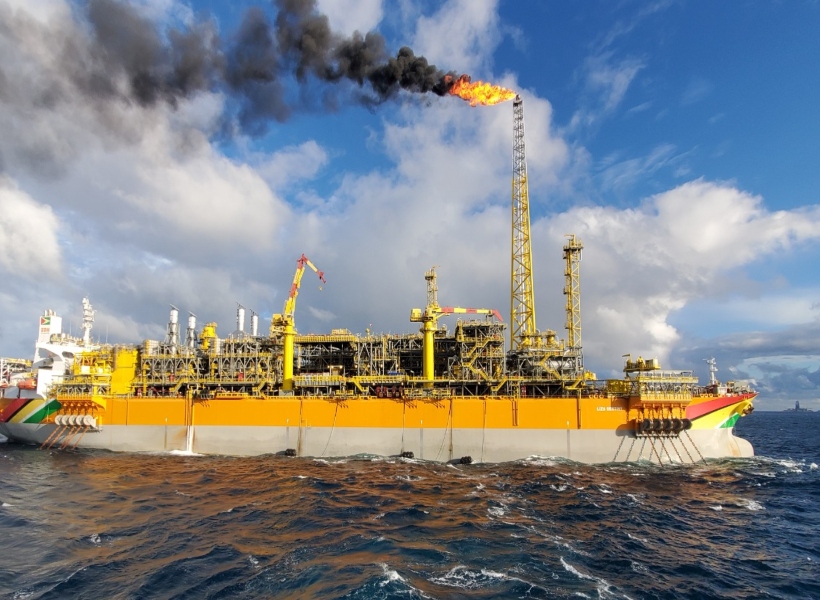 Just as it thought its gas compressor issues would be put in the past for good, ExxonMobil reported moments ago that the key piece of equipment for the Liza Destiny malfunctioned again.

ExxonMobil said, “As we conducted the final testing phase of the reinstalled flash gas compressor and other components of the system on the Liza Destiny FPSO, we encountered an additional problem with the discharge silencer.”

The American explorer added, “A team from SBM Offshore, MAN Energy Solutions and ExxonMobil are on site to assess repairs, with support from engineering experts in Europe and the USA.”

As a result of the new issues encountered, ExxonMobil said it has reduced production to a minimum level, being 30, 000 barrels of oil per day. It should be noted that the Liza Destiny was producing 120,000 barrels of oil per day before the new mechanical issues.
ExxonMobil said that the reduction in production mitigates the formation of hydrates in subsea systems, maintains gas injection and fuel gas to the power generators, and minimizes flare to around 4 to 5 million cubic feet of gas per day.

It further noted that the relevant government agencies have been notified while adding that it is continuing to work with officials to determine the next best steps.

ExxonMobil noted that it is extremely disappointed by the design issues that have plagued the Liza Destiny operations since December 2019. The oil giant said that this level of underperformance is below its “global expectations for reliability.”

If this rate of production prolongs, Guyana’s lift of one million barrels of oil which is due in less than two weeks could be affected.

ExxonMobil did not provide a timeline for when the new issues would be addressed.