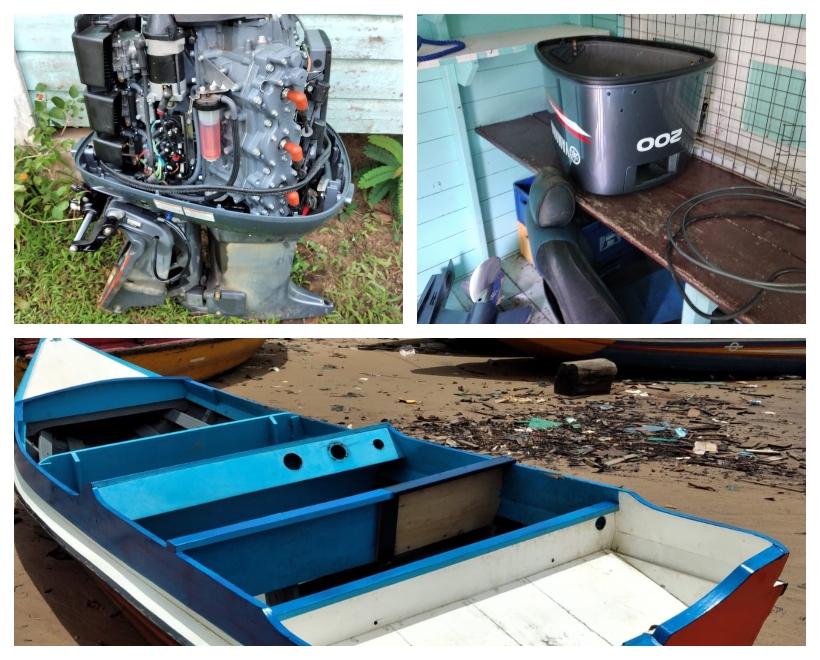 A boat and engine stolen several days ago from the Toshao of Chinese Landing, Orin Fernandes, have been recovered at Bartica.

A party of police went to Byderabo Village, Bartica, Essequibo River where the said boat and engine were recovered in the possession of a boatbuilder.

Further investigations revealed that on 21st April 2021, one known female resident of Byderabo Bartica and an identifiable male (call name given), allegedly took the said boat and engine to the boat builder’s workshop to change the color.

The ranks further went to the female’s residence at Byedarabo, Bartica where the engine was recovered partially disassembled.

She was arrested and questioned. She alleged that on Tuesday 20th April 2021, two of her friends brought the said boat and engine to her and she assisted them to sell same.

The boatbuilder and the female are presently in custody at the Bartica Police Station assisting with investigation.