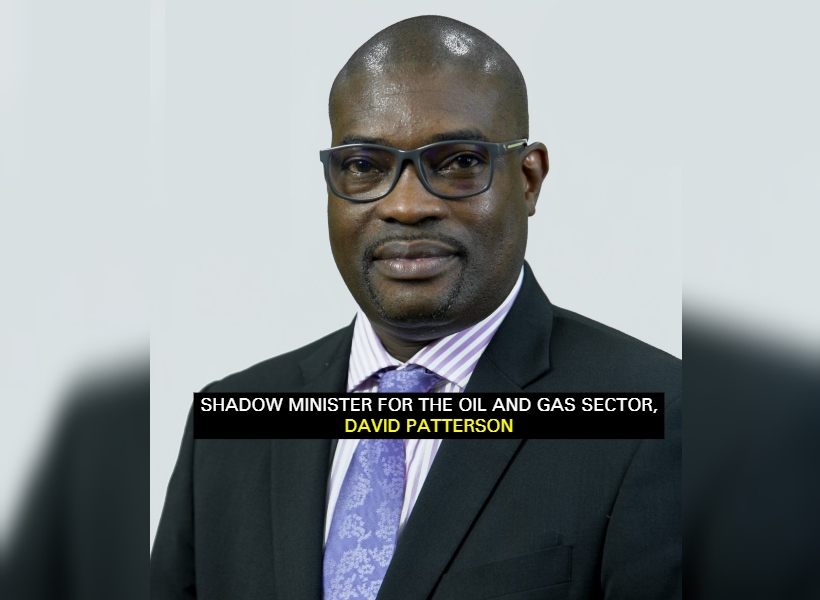 A motion that was tabled four months ago in the National Assembly by Shadow Minister for the Oil and Gas sector, David Patterson seeking to end ExxonMobil’s flaring via its Stabroek Block operations was not debated today due to a court case that was filed against the PPP/C Government on a similar ground.
The case in question which lists Attorney General, Anil Nandlall, SC, as the representative for the State, is asking the High Court to determine whether ExxonMobil’s operations violate the Constitutional right of current and future generations to a healthy environment. The case notes that apart from flaring, overall emissions from ExxonMobil’s Liza Phase One, Liza Phase Two, and Payara projects, would contribute significantly to climate change and the State should therefore not allow them to continue.

The applicants in the case are Dr. Troy Thomas, a Scientist and a University of Guyana lecturer; and Quadad de Freitas, a young man from the South Rupununi Region of Guyana. Their legal team consists of Ms. Melinda Janki and Mr. Ronald Burch-Smith, with support from Richard Lord QC at Brick Court and Joshua Jackson of Cloisters in the UK.

Patterson’s motion noted that ExxonMobil Guyana has routinely engaged in flaring since its operations started in December 2019 due to several mechanical issues encountered with the gas compressor system for the Liza Destiny vessel. The motion sought to have the National Assembly have the government direct ExxonMobil to cease all flaring at its Stabroek Block operations. Significantly, it called for the oil giant’s operations to be suspended if zero flaring could not be achieved.

Speaker of the House, Manzoor Nadir was keen to note however that the motion could not be debated due to the case that is engaging the attention of the court and the fact that both the case and the motion are rooted in a similar ground. To ensure that no action of the House results in sub judice, Nadir said that it would not be discussed.

It was AG Nandlall who had brought the case to the attention of the Speaker before the House held its 28th sitting today. In a separate interview, Nandlall told a section of the State media that the case which lists him as a respondent holds intersecting issues with Patterson’s motion. He said too that the Standing Orders guard against matters being raised in the House if they would lead to cases in the judicial arm being affected by any prejudice.
After bringing these points to the attention of the Speaker, Nandlall’s grounds for possible violation of the Standing Orders were upheld.