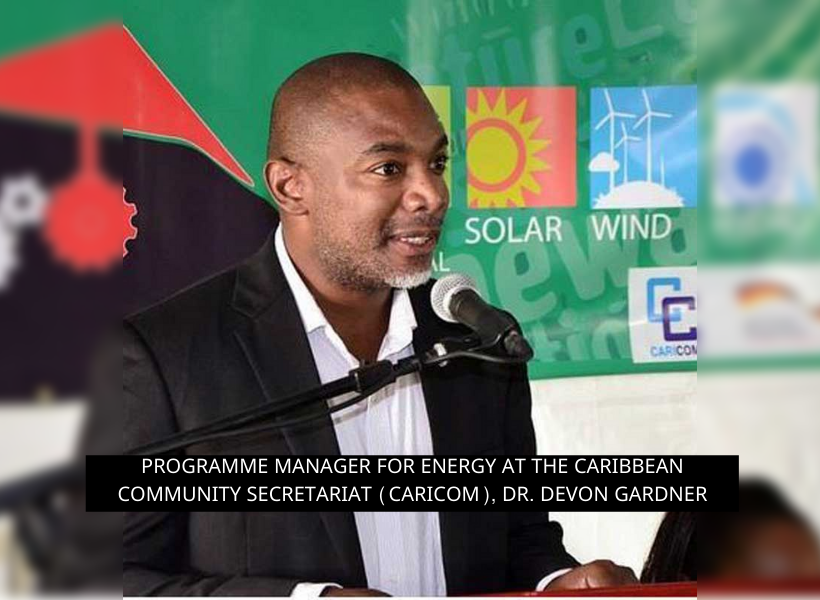 Considering the fact that the US$900M gas-to-energy project will provide a cleaner source of energy thereby reducing the nation’s carbon footprint, pave the way for massive growth in the nation’s agriculture and manufacturing sectors, and ensure electricity rates are slashed by at least 50 percent, Programme Manager for Energy at the Caribbean Community Secretariat (CARICOM), Dr. Devon Gardner says the multimillion-dollar initiative could arguably be considered a blessing for Guyana.

Dr. Gardner alluded to this during a recent interview on a local radio programme. There, the Programme Manager articulated the project not only provides the foregoing benefits but also gives Guyana the advantage of having time to build some of the baseload required for renewable projects like hydropower.

Expounding further, the Head of CARICOM’s Energy Unit noted that hydro-projects are not done overnight. Dr. Gardner said, “…It is one of the longest projects to develop. It requires a lot of studies, a lot of environmental and social impact assessments and there is a lot of civil work that needs to be done… So, if you want to go to hydropower which would be much cleaner than the gas over its lifetime, it is going to require some amount of time to get us from where we are to where the hydro-project can fully develop to the point of commissioning. That’s probably five or six years.”

The CARICOM official added, “In the meantime, what do we do? Do we sit and wait for the hydro project and use heavy fuel oil? No. You can use the gas until we can bring the hydropower project online.”

By the time hydropower comes online, Dr. Gardner posited that Guyana would have probably had a demand growth that would be suited for the power supply at that time. He added that the gas plants could operate alongside the hydro-project when required so that Guyana could give itself that peak generation which kicks in whenever maintenance of a hydro-turbine for example, is required.

Further to this, Dr. Gardner said the gas project will give Guyana the ability to integrate some amount of solar energy into its system.

Overall, Dr. Gardner noted that gas, as a cheaper alternative to Heavy Fuel Oil (HFO), allows Guyana to pursue the desired baseload power that allows the government to move ahead with its “bigger ticket items.” He said too that “it also gives you what we call ramping power, which allows you to ramp up or down energy to compensate for any drop in solar.”

With an estimated development cost of US$900M, the gas-to-energy project is designed to provide 250MW of power to the national grid, following its estimated operationalization period of late 2024. It is also estimated to create about 775 jobs. About 700 of these will be aggregate to the construction phase, while the remaining 75 are for the other aspects of the project life cycle.

The proposed project would bring associated gas from two ExxonMobil Guyana-operated projects offshore being Liza Phase One and Two via pipeline to onshore gas processing facilities. The pipeline would transport up to 50 million standard cubic feet per day of natural gas to the facilities. The maximum flow of the pipeline is approximately 120 million standard cubic feet of gas per day.