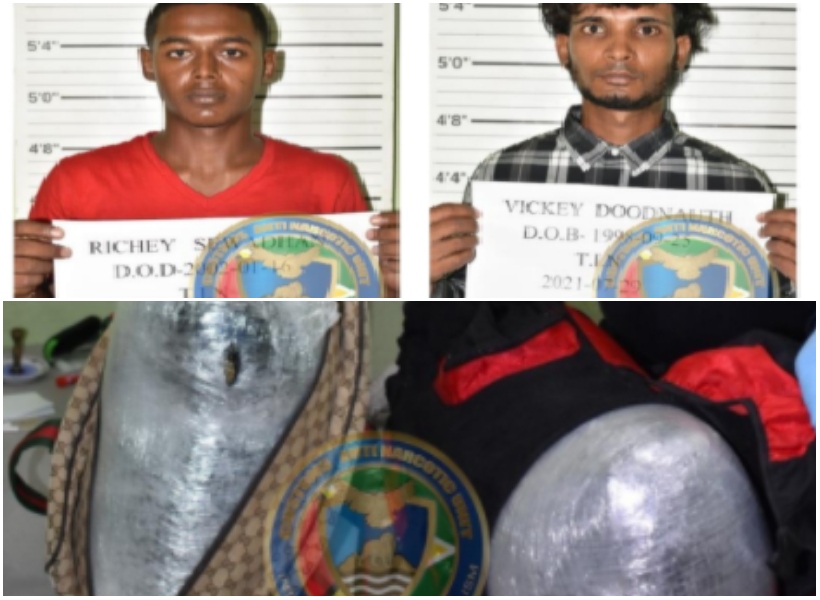 Two men were yesterday remanded to prison after they were found with over 28 pounds of marijuana.

They appeared before Magistrate R. Liverpool at the Vigilance Magistrate Court. The matter was adjourned to September 17, 2021.

According to Customs Anti-Narcotic Unit (CANU), the men were intercepted at Factory Road, Paradise, East Coast Demerara while traveling in a vehicle. A search of both men along with their bags revealed several wrapped parcels containing cannabis. The suspects gave their names as Vickey Doodnauth, 23, of Market road Rose Hall Berbice, a Welder by profession, and Richie Sewadhan, 19, of the said address and also a Welder by profession.

They were arrested and escorted to CANU HQ, where the parcels were weighed and amounted to 12.8KG.