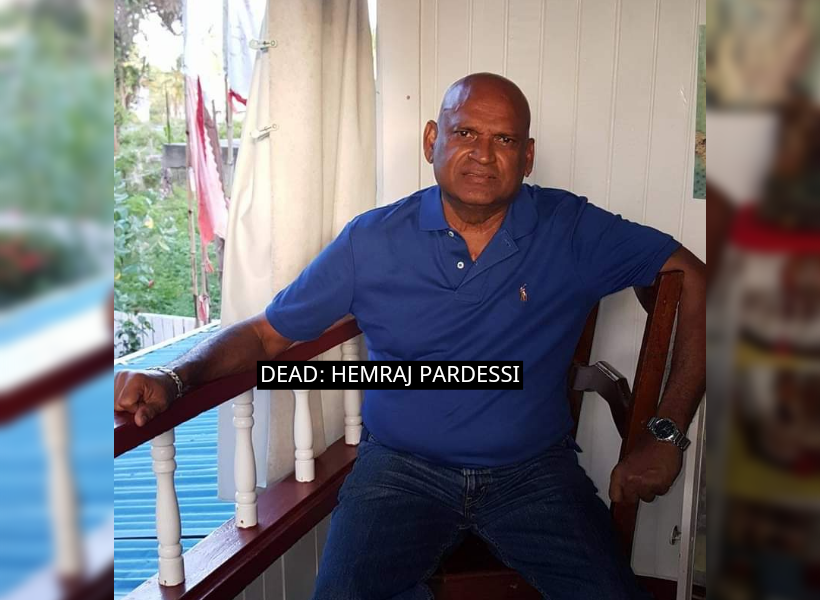 The suspect was apprehended after a long pursuit in the Canje Creek and backlands yesterday. The suspect was jailed in 2019 for a Chinese Supermarket robbery but was released from prison in February 2021.

Police are continuing the hunt for another man along with a female suspect who is suspected to have lured the victim out of his yard briefly, which allowed the perpetrators to gain entrance.

Pardessi, 60, was found dead in his home on Tuesday last. Pardessi had returned to Guyana during the early part of July 2021 and was residing alone.

Police officers, who visited the crime scene, discovered Pardessi’s body lying face down with what appeared to be blood coming from his nose, and duct tape around his neck. Several traces of blood were seen on the step leading to the upper flat.

The upper flat of the house was ransacked.