Home News Over 12,600 Region One students to benefit from ‘Because We Care’ cash... 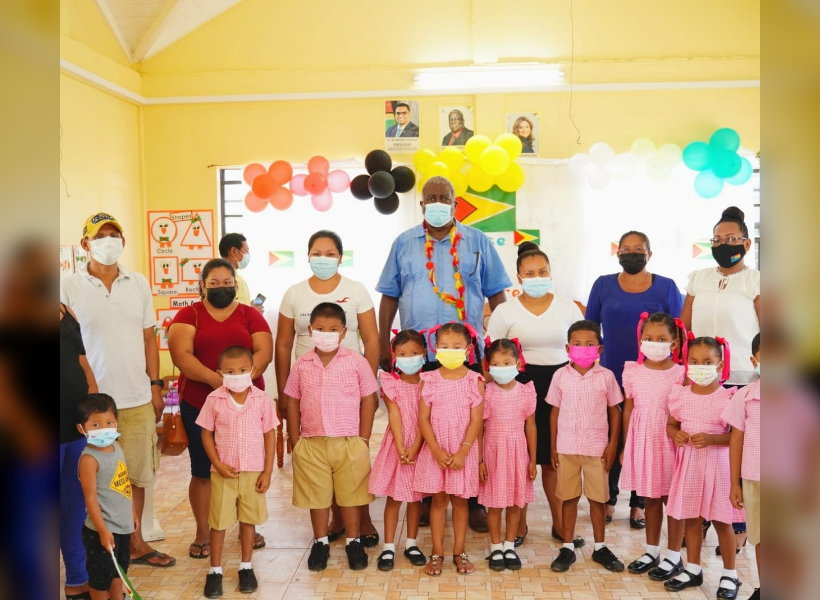 Prime Minister, Brigadier (Ret’d), Mark Phillips today concluded a ministerial outreach to Barima – Waini (Region One) where he spearheaded the distribution of the Government’s “Because We Care” and School Uniform and Supplies cash grants in the three sub-regions.

Parents of some 12,627 students from the region are expected to receive over $239.5M in cash. The “Because We Care” grant is valued at $15,000 while parents will also receive an additional $4000 for the School Uniform and Supplies grand for a total of $19,000 per child.

In the Moruca Sub-Region, where Prime Minister Phillips and several Ministers of Government visited today, some 4, 624 students are expected to benefit from $87.8M.

On Sunday, the Prime Minister started the distribution process in Port Kaituma in Matarkai.

In his address to parents throughout the visits, he encouraged them to spend the money on ensuring that their children get needed supplies to enhance their education