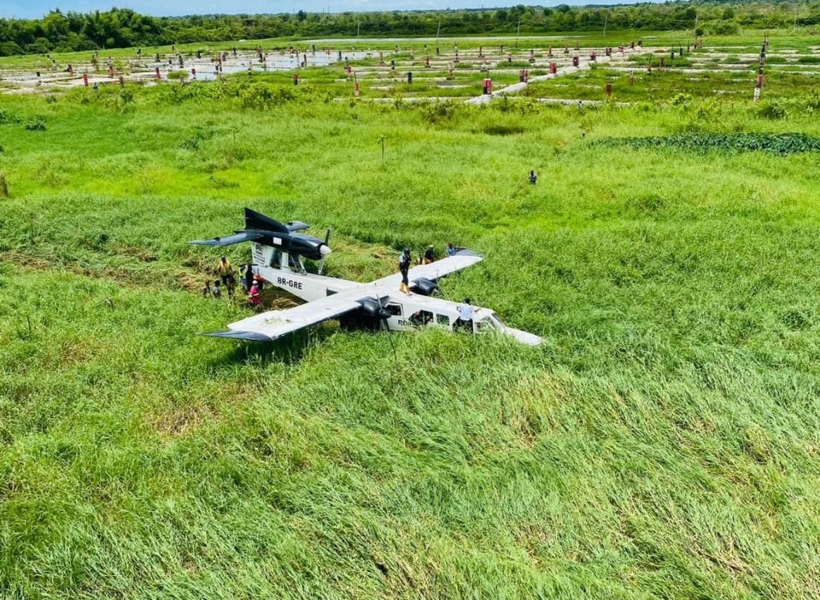 The Guyana Civil Aviation Authority has dispatched a team to investigate the crash landing of an aircraft bearing Registration No. 8R GRE (Britten-Norman Trislander) belonging to Roraima Airways, which went down around 11:30hrs today near the Haags Bosch Landfill site, East Bank Demerara.

The aircraft departed Imbaimadai at approximately 10:20hrs and was scheduled to arrive at the Eugene F. Correia International Airport, Ogle.

The aircraft was reported to have experienced mechanical difficulties, the Ministry said moments ago.

A Search and Rescue operation was immediately activated by the Timehri Control Tower, and operatives from the Guyana Defence Force (GDF) and the Guyana Police Force were mobilised and dispatched to the scene of the incident.

Five persons were aboard the aircraft: two adults and an infant passenger and two crew members. One person suffered injuries.

The GDF helicopter transported the injured passenger and flight crew to the GDF Headquarters (Camp Ayanganna) where they were taken for further medical evaluation and care.