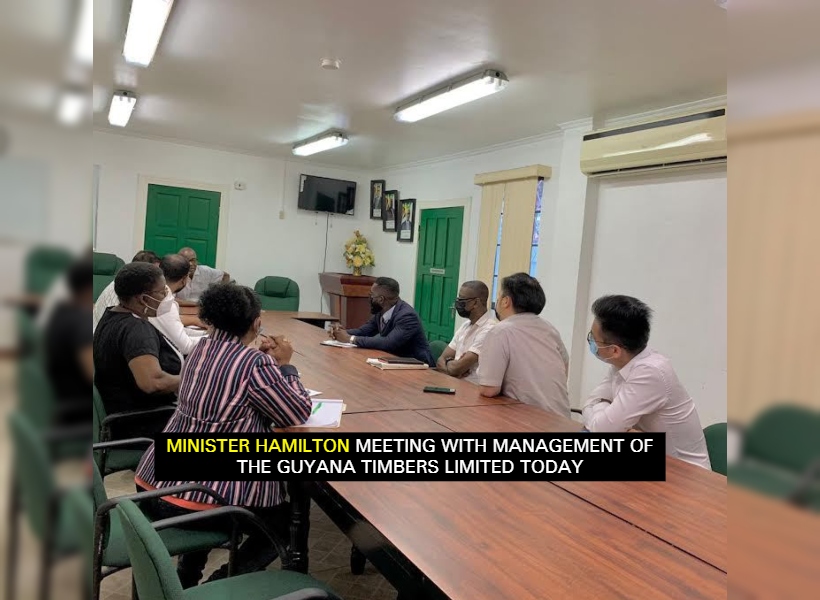 This morning, the Ministry of Labour (MOL) held yet another meeting with Demerara Timbers Limited (DTL) to resolve the longstanding issue of dialogue between the company and the Guyana Agricultural Workers Union (GAWU) as it relates to employees’ welfare and conditions.

For approximately five years, GAWU would have been engaging the ministry about the matter and recently reached out for intervention since DTL refused to meet the union on a face-to-face basis, stating that it would only engage via written dialogue.

Following GAWU’s written request for intervention, the Minister of Labour, Joseph Hamilton held a meeting with DTL representatives for a better understanding of the matter of dialogue, conditions of employment at the company and the way forward to an amicable settlement.

Since the representatives were not in a position to make decisions for or on behalf of the company, the ministry wrote to the company to have its senior management attend another meeting which was held today under the chairmanship of Minister Hamilton and the Chief Labour Officer (CLO), Mr. Dhaneshwar Deonarine.

Also, representing DTL was its Operations Manager, Mr. Ting Hie Chui; Sales Officer, Mr. Robert Perry; and Office Manager, Mr. David Chen Zhao Quan.
Following a lengthy discussion, the company agreed to meet within two weeks to have dialogue with GAWU. This will be facilitated by the ministry under the chairmanship of the CLO.