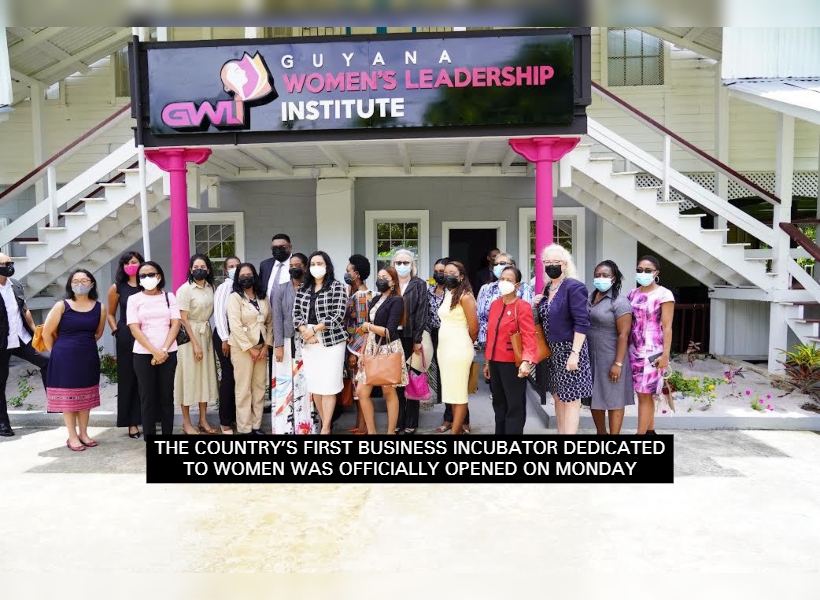 The country’s first-ever business incubator dedicated to women was launched yesterday by the Ministry of Human Services and Social Security.

The facility is expected to help thousands of women in the coming months to start-up, sustain and market small businesses.

It was launched under the auspices of President Irfaan Ali and subject minister, Dr. Vindhya Persaud.

The event also saw the launch of the Ministry’s free WIIN App that will link women from all across the country, allowing them to promote their businesses and garner support from both local and international markets. The App which will be managed by the women business owners is expected to be available on phones in a few weeks.

The idea of supporting women in this manner was conceptualized by Minister Persaud during the height of the pandemic last year when she recruited 120 women from across the country to produce thousands of face masks for various agencies.

During the launch at the Guyana Women Leadership Institute (GWLI), Cove and John, East Coast Demerara, Minister Persaud reflected on how she thought that the paid initiative with the women should not stop there; thus came a series of other rollouts by her ministry, including the recently launched Women’s Innovation and Investment Network (WIIN), a free
comprehensive training program with no admission criteria that is open to women of all ages. All the certified courses are accredited.

So far, the WIIN programme has seen more than 4,000 applicants countrywide with over 500 already trained in Regions Three, Four and Five, Six in ICT, graphics design, professional care, among others, and according to Minister Persaud, the remaining number of women will receive their training before the end of this year.

“I wanted women to move away from conventional types of employment; to start to think like bosses. But it’s not only about the training. Do you train people and then just leave them? What next?”

The business incubator is the next step, allowing those who come through the WIIN programme with an official certificate to start up a business with assistance from qualified personnel attached to GWLI. The beneficiaries of the incubator do not necessarily have to do the WIIN programme. Women will be assisted to source funding and networks to improve and expand their businesses.

President Ali noted that Government is trying to create a winning culture among women. He offered that the country’s booming economy will necessitate all that the incubator is providing for and noted how the economy is transitioning into a level of sophistication that will require “an ordinary task to be done extraordinarily.”

To meet the demands of the sophisticated companies that will come to do business in Guyana, the president said these initiatives and programmes are critical to giving entrepreneurs the early advantage they need to build their brand so it can be sustainable.