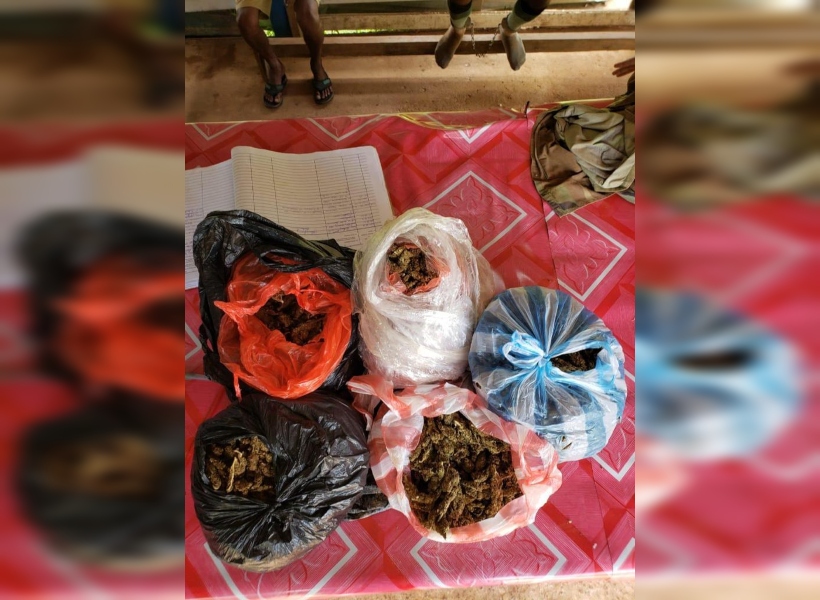 A 32-year-old pork-knocker is now in police custody after he was found with 2,620 (5.7 pounds) of marijuana yesterday around 11:30hrs at Jumbie Backdam, Region Eight.

He was signaled to stop but refused and turned in the opposite direction at a  fast rate of speed.

He was pursued and caught. A search was conducted and five bulky plastic bags were found on his person, which when opened in his presence, contained cannabis leaves, seeds, and stems.

The suspect was told of the offence committed, cautioned and was taken to the Mahdia Police Station.

The cannabis was weighed in his presence and amounted to 2,620 grams.