Home News By end of PPP/C’s first term, no Guyanese would feel the need... 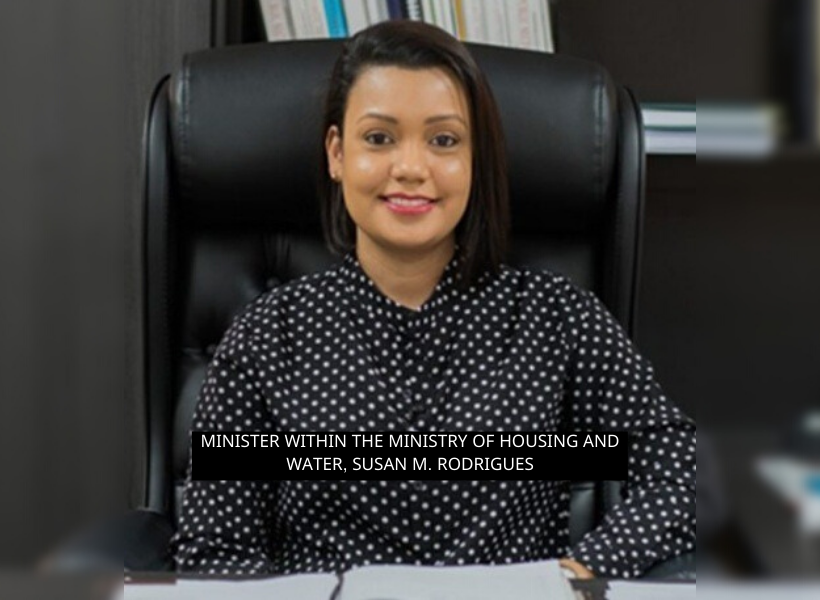 Minister within the Ministry of Housing and Water, Susan Margaret Rodrigues, is confident that by the end of her party’s first term in office, no Guyanese would feel the need to squat on any portion of land. During a recent interview with the Department of Public Information (DPI) on her first year in office, Rodrigues said her conviction is premised on the progressive vision of the PPP/C’s housing programme and the vigour with which it is being executed.

Rodrigues said, “While we strive to create new housing areas and house lots, we still have a duty towards those who are part of illegal settlements… We don’t want to neglect that section of our population. And we have made significant strides in that area as well.
“I am convinced that as we continue to deliver on our housing programme, by the end of our first term in office, there would be no need to occupy any portion of land illegally or to squat because there will be enough development and lands that would be readily available to meet the demands in the housing sector.”

The Junior Minister also sought to discourage persons from squatting as she noted that it creates developmental challenges for the administration. “Not only does this hamper development but it also contributes negatively to the aesthetics of the community, lowers property value, and leads to a haphazard occupation in schemes. It poses a challenge when we have to develop drainage networks etc,” expressed the Minister who holds a law degree from the University of Guyana and a Masters in Business Administration.

She was keen to note however that the government is determined to ensure there is affordable housing for all Guyanese via various projects that are being undertaken.

During the presentation of the 2021 budget, Senior Finance Minister, Dr. Ashni Singh disclosed the government’s plan to ensure housing programmes are revitalized in 2021 and beyond. Towards this end, he said that in 2021 alone, the government intends to allocate 10,000 house lots, as well as distribute 7,000 land titles across the country. Additionally, Dr. Singh said the government will construct 1,000 homes for low-income earners and young professionals to improve the standard of living of all Guyanese.

A commitment was also given to the residents of Region 10 that they can look forward to the construction of 1,000 homes through public-private partnerships, with community involvement every step of the way. Minister Singh had said too that the Diaspora will be engaged in financing housing initiatives and also benefit as remigrant homeowners.

Further, the Minister had said that a single-window approval system for construction permits will soon be a reality, thereby considerably reducing the processing time from land allocation to construction.

Also in 2021, Dr. Singh said that the government has budgeted $6 billion to further advance infrastructure and utility works in new and existing housing areas. Additionally, the sum of $1.5 billion was allocated to continue with infrastructure works in the Sophia, Diamond, and Parfaite Harmonie housing area.

Further, under the Core Home Support and Home Improvement Subsidy initiative, the Government has been working towards providing subsidies to low-income households and more than 100 successful applicants were recently given a new housing unit at a subsidised cost or materials to improve their homes.