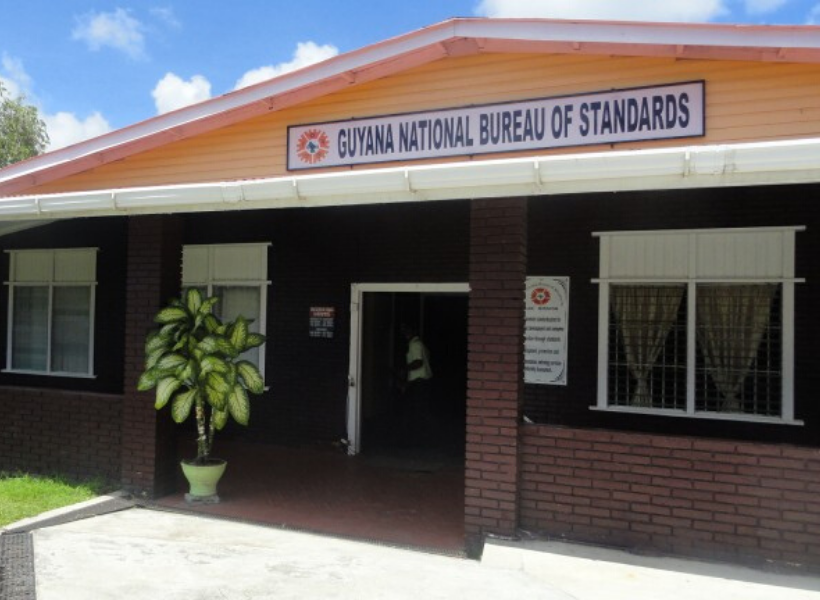 To ensure it is efficient in its ever-expanding role in the petroleum sector, the Guyana National Bureau of Standards (GNBS) created this year, an Oil and Gas Department which features nine internationally qualified inspectors.

According to GNBS, those inspectors are responsible for monitoring the custody transfer of Guyana’s crude from the Floating Production Storage and Offloading (FPSO) vessel offshore as well as ensuring the measuring instruments used in the transfer and testing of the crude are calibrated and accurate since imprecise measurements can affect payments for the commodity.

GNBS was keen to note that its inspectors were required to undergo stringent training locally and overseas which was made possible with the support of the Guyana Petroleum Resources Governance and Management Project. The training exercises included the Tropical Helicopter Underwater Escape Training (T-HUET) and the Compressed Air Emergency Breathing System (CA-EBS). The Bureau said these programs are important since the majority of the inspectors’ journey to the FPSO vessel is over the Atlantic Ocean. The agency noted that the T-HUET programme focuses on escaping from a helicopter following ditching and sea survival techniques while CA-EBS involves training on how to use the Compressed Air Emergency Breathing System. Overall, the programmes GNBS said, have allowed for inspectors to be able to competently witness the proving/verification of the custody transfer meters used on FPSO vessels.

In addition, the agency noted that the Oil and Gas Inspectors completed an advanced Petroleum Measurement Course offered by the University of Texas at Austin, Petroleum Extension (PETEX). Guyana Standard understands that the programme was customized specifically for GNBS and completed this year by its officers.

While offshore,  GNBS said its inspectors verify the custody transfer meters and pressure gauges during the transfer of crude from the FPSO to the various oil tankers; they inspect storage tanks before and after every transfer, and witness the composite sampling and testing of crude oil to determine the API gravity, density, salt content, H2S (Hydrogen Sulphide) and the amount of sediment and water in the crude. It said this by extension determines the net volume transferred to the cargo tanker.

While GNBS may only have a small department of 9 inspectors, it was keen to note that an increase in its human resources and other capacities will occur as other FPSO vessels come into play. In the meantime, it said that efforts will be pursued to ensure capacity development for gas measurement shortly, given the government’s intention to have the US$900M gas-to-energy project up and running by 2024.