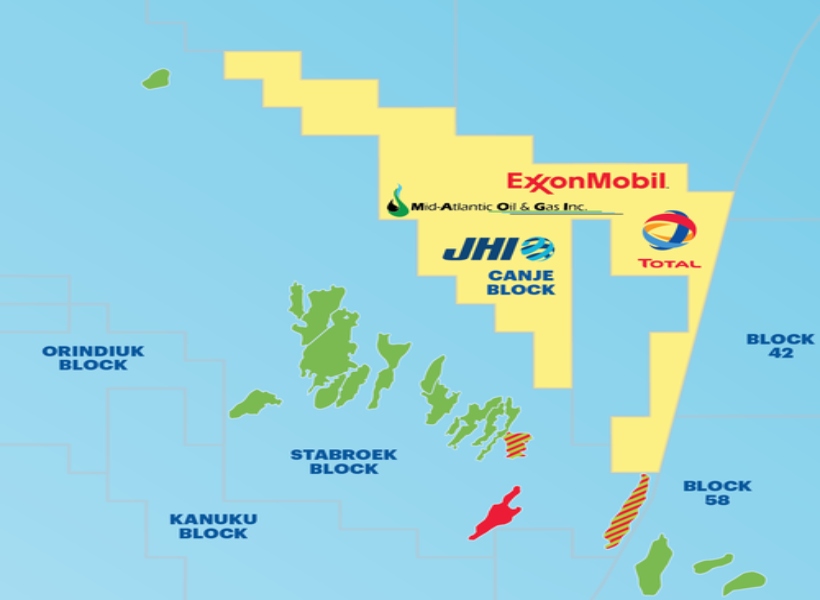 Even though its last two attempts resulted in the discovery of non-commercial quantities of hydrocarbons at the Canje block, ExxonMobil is not letting up on its hunt for more oil.

In fact, Westmount Energy Limited was pleased to announce to the market this week that the Stena DrillMAX drillship will commence drilling operations at the Sapote-1 well site on the Canje Block on August 28. As previously reported by this news agency, Westmount holds an indirect stake in the Canje Block as a result of its 7.2% interest in the issued share capital of JHI Associates Inc. JHI is one of the early licence holders of the block which is now operated by ExxonMobil’s subsidiary, Esso Exploration and Production Guyana Limited.

Esso has a 35% working interest while TotalEnergies E&P Guyana B.V. has 35%, JHI Associates (BVI) Inc. holds 17.5% and Mid-Atlantic Oil & Gas Inc. has 12.5%.
As for the Sapote-1 prospect, it is located in the southeast of the Canje Block, approximately 60 kilometers north of the Campanian and Santonian Maka Central-1 stacked pay discovery, in a new depositional setting linked to the Berbice canyon system. Westmount noted that Sapote-1 is an independent multi-layer prospect, which will evaluate several Upper Cretaceous targets, and is potentially the largest prospect drilled on the Canje block to date.

Drilling of Sapote-1 is anticipated to take 60 days, with results anticipated in late October. Following a 2018 farm-out to Total and subsequent transactions, JHI is funded for the 2021 Canje drilling campaign, including the Sapote-1 well, and multiple additional wells.

The first well that was drilled on the Canje block was Bulletwood-. It was drilled in May and encountered quality reservoirs and hydrocarbons but not in commercial quantities. The second well was Jabillo-1 which was drilled in the second quarter of 2021 and targeted 1 billion barrels of oil equivalent resources. That well did not encounter commercial hydrocarbons.
ExxonMobil has since made an application for Environmental Authorisation from the Environmental Protection Agency (EPA) to spud a 12 well exploration and appraisal drilling programme in the Canje block.