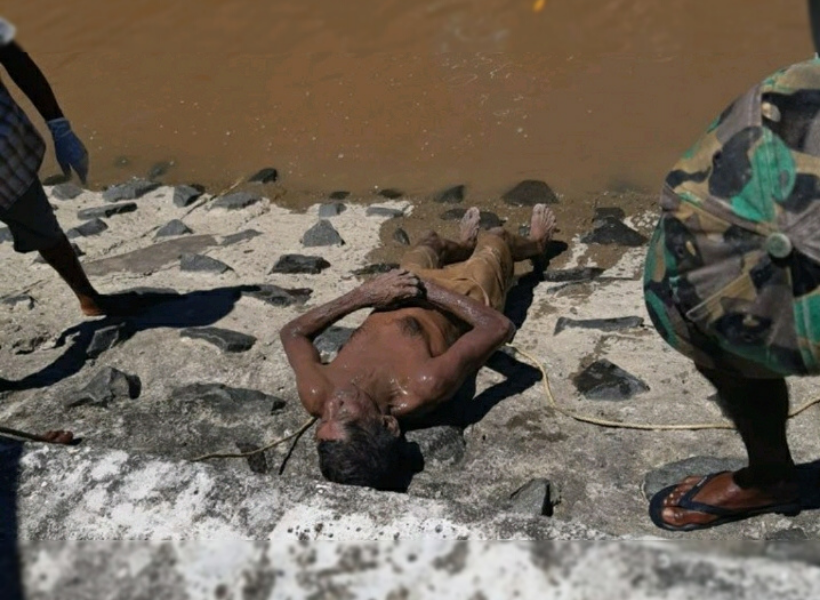 The body of an unidentified man was fished from the Maria’s Pleasure koker, Wakenaam earlier today, police say.

The man is of East Indian descent.

The body was found by a resident, who later alerted ranks of the San Souci Police Station.

He told investigators that he saw a human head floating in the water. Police ranks, upon visiting the scene, managed to pull the man’s body out.

It was clad in brown short pants and displayed no marks of violence. The body was escorted to the Leonora Cottage Hospital where it was seen and examined by a doctor on duty who pronounced the man dead.