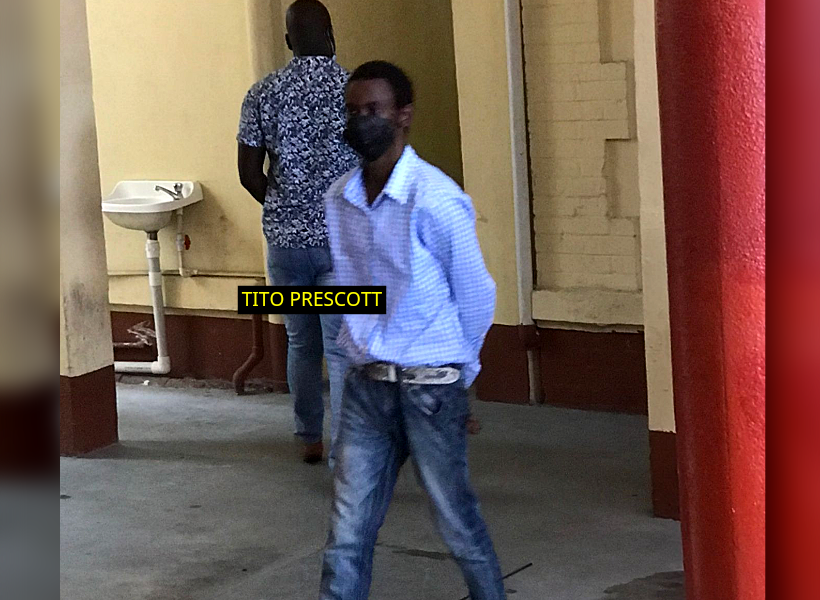 A Meadowbank youth who recently had to compensate a man for a damaged windshield, was today remanded for allegedly stealing $900,000 cash.

Twenty-five-year-old Tito Prescott of Lot 8 Second Street, Meadowbank, Georgetown claims he was at home at the time that police say he robbed a man of $900,000 cash. He was before Chief Magistrate Ann McLennan at the Georgetown Magistrates’ Courts.

He denied that on November 20, at the Meadowbank Wharf, while armed with a gun, he robbed Gildat Ramoutar, called Alex, of $900,000 cash.

He was represented by attorney-at-law Ronald Daniels who told the court that the man is a father of two and he is the sole bread winner for his family. He asked for Prescott to be released on reasonable bail and added that the man would subscribe to any conditions applied to the bail.

He added that Prescott is adamant that he did not commit the offense he is charged with. Prescott, given an opportunity to address the court, said that he was at home at the time that the alleged robbery happened. Counsel added that his client has a witness who is being denied the chance to make a statement.

However, the Police Prosecutor objected to bail being granted. The prosecutor said that the man had been charged for a damage to property offense in October and that based on the prevalence and serious nature of the current offense, bail should be denied.

More so because the man was positively identified by the virtual complainant who knows him. The court heard that at about 6 am on November 20, a friend of Ramoutar overheard a conversation between Prescott and another. He brought the information to Romoutar and moments later the man was approached by Prescott and his accomplice. The accomplice held a gun to Ramoutar while Prescott removed the money from the man’s pants pocket.

Ramoutar reported the incident and Prescott was arrested three days after. There is video footage that is to be presented to the court during the trial of the matter, the prosecutor disclosed.

The Magistrate denied bail and the matter was adjourned until December 1.