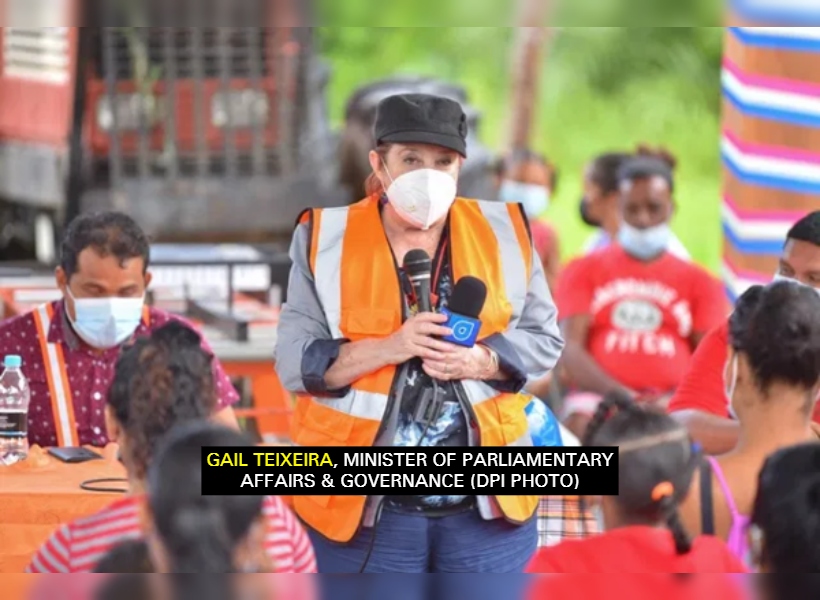 The consultations on the amendments to the Representation of the People Act (ROPA) have commenced and are picking up steam, Minister of Parliamentary Affairs and Governance Gail Teixeira said on Wednesday.

She noted that the process has seen a number of groups and individuals from the diaspora penning letters, sharing their views, and offering recommendations to the ministry.

“We have seen persons from the diaspora individually writing letters and expressing their views about the amendments,” Minister Teixeira told DPI.

When asked about the involvement of other political parties in the process, the minister said that no party has officially written to the ministry offering any recommendations to the amendments drafted by the Attorney General.

However, she said former President, David Granger has acknowledged receipt of the proposed amendments sent to him.

“Former President Granger politely responded and acknowledged receipt of the document and has said that he will ask the [officials] of the party to look at it,” she explained.

Minister Teixeira also said that PNC/R Chairman Volda Lawrence has requested electronic copies of the document for her review and perusal.

No other formal response has been received from political parties by her ministry.

Moreover, the electoral reform group, which has seemingly been vocal about their concerns in relation to electoral reform, has also not made any formal recommendations or submissions to the ministry.

The Ministry of Parliamentary Affairs and Governance has been tasked by the President with executing and supervising the six-week consultation process. The government is also expected to release two other proposals relating to amendments of the laws governing the electoral process for consultation with members of civil society, Minister Teixeira said. (Extracted and modified from the Department of Public Information)