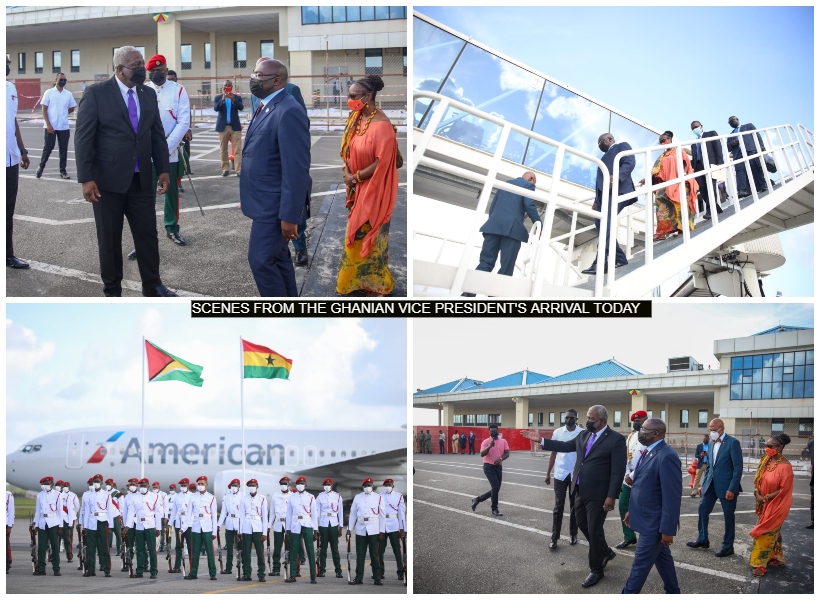 Dr. Mahamudu Bawumia, Vice President of the Republic of Ghana is on an official visit to Guyana and will depart on December 7, 2021 after several meetings with Guyanese leaders to advance bilateral relations between the two countries.

Dr Bawumia is leading an eighteen member official delegation as well as members of Ghanaian Private Sector. Vice President Bawumia’s visit follows on the recent visit of Guyana’s Vice President Dr. Bharrat Jadgeo, to the Republic of Ghana, where wide-ranging discussions were held in relation to several areas of mutual concern to Guyana and Ghana.

While in Guyana, Dr Bawumia and his delegation will engage in high level-bilateral discussions at both the Government and Private sector levels, including engagements with President Mohamed Irfaan Ali; Prime Minister, Brigadier Mark Phillips (retired); Jagdeo and other Ministers of Government. Vice President Bawumia will also meet with members of the Ghanaian Diaspora and pay a visit to the University of Guyana.

The two sides will also sign a framework bilateral cooperation agreement and further advance
the conclusion of agreements in areas of mutual interest.

Prior to departing Guyana, Vice President Bawumia is expected to co-host a Press Conference with his Guyanese counterpart, Jagdeo.