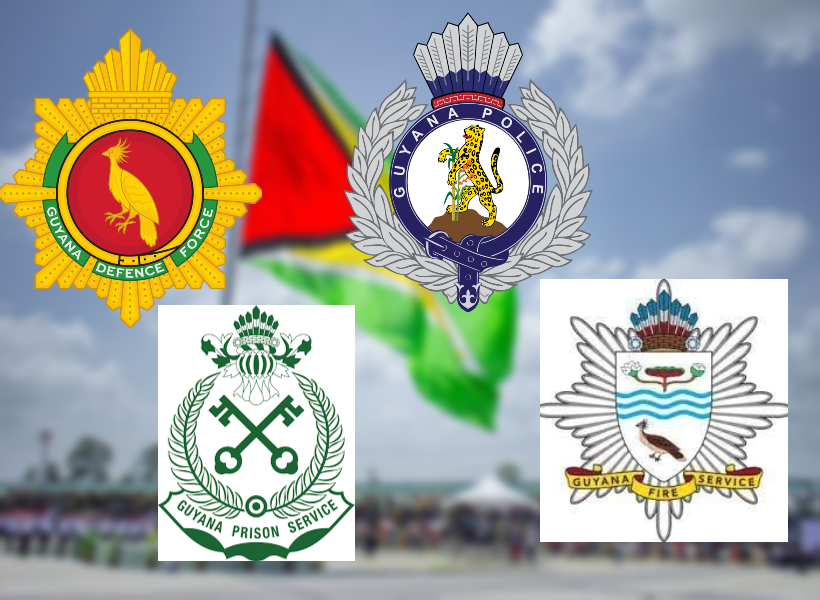 While the People’s National Congress Reform (PNCR) has taken umbrage to the Joint Services being part of the ongoing joint clean-up exercise of the nation’s capital, Georgetown, the party, while in power, allowed same to occur.

The two-day exercise is being executed in collaboration with the Joint Services, the Ministry of Public Works (MoPW), the National Drainage and Irrigation Authority (NDIA), the Solid Waste Management Unit (SWMU) and the Private Sector Commission (PSC).

The PNCR, this morning opined that the Joint Services, comprising of the Guyana Defence Force (GDF), the Guyana Police Force (GPF), Guyana Prison Service (GPS) and the Guyana Fire Service (GFS), should not be part of this exercise, which includes the desilting of main canals and clearing of garbage in several areas, including West Front Road, Cemetery Road, Sheriff, Hadfield, Durban, Saffon, Church and Sussex Streets.

“In the Guyana context, we see this as a contemptuous and unwarranted misuse of the Joint Services. For such labour-intensive exercises, a government that is genuinely interested in providing employment and income for ordinary folks should instead hire residents and small informal coops to undertake all works. This approach also ensures that a permanent and competent workforce is established to conduct such exercises on a routine basis,” the party said in a missive.
It added: “It is also important to note that while crime is on the rise, the PPP/C is utilizing policemen and soldiers to clean the city at the expense of them fighting crime and enforcing the law which are their legitimate functions.”

While the collective law enforcement agencies being part of a clean-up is perhaps unprecedented, there are several instances under the PNCR-dominated A Partnership for National Unity + Alliance for Change (APNU+AFC) government when the GPF and the GDF were part of clean-up exercises in the country.

In an article published by the Guyana Chronicle on June 22, 2015, a little over a month after the APNU+AFC won the May 2015 elections, ranks of the Kitty Police station conducted a clean-up and enhancement exercise. The areas of target were the Shaheed Boys Orphanage and Kitty market.

Again, on Saturday, November 20, 2018, the Guyana Chronicle reported on a clean-up exercise held in Sophia, Georgetown, that was led by then Minister of Natural Resources and now-former PNCR Member, Simona Broomes. The activity saw members of the GPF and several residents of Sophia, arming themselves with the necessary tools and tackling the overgrowth to clear a designated area.

Then on January 6, 2017, the Ministry of the Presidency, now the Office of the President, reported that the former State Minister and PNCR Member, now Leader of the Opposition, Joseph Harmon, visited Albouystown, Georgetown to commence sanitation works aimed at enhancing residents’ quality of life and reducing the risk of flooding. The clean-up exercise was spearheaded by the Civil Defence Commission, which fell under his purview, in collaboration with the GDF, the GPF, the private sector, and residents.