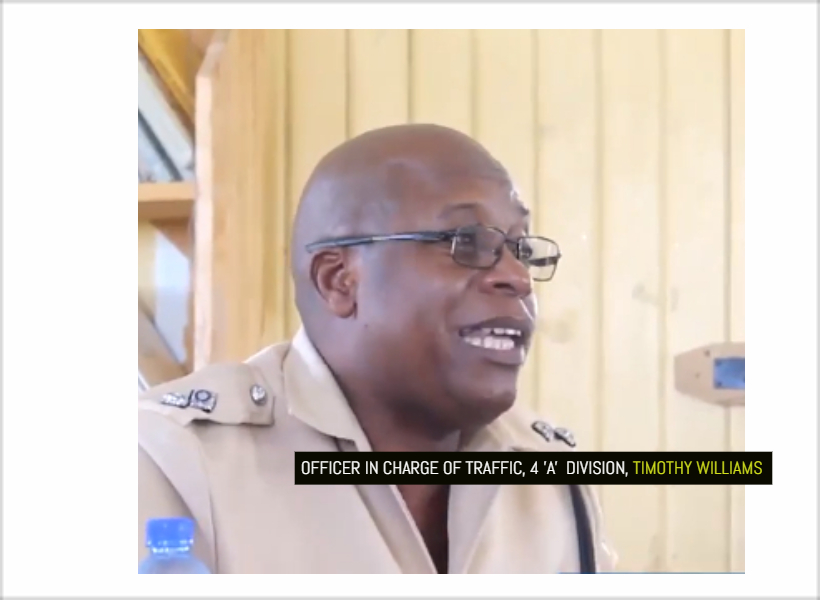 The Guyana Police Force (GPF) is considering the cessation of “stop and search” operations to limit confrontations between ranks and civilians, at least in Division 4 ‘A’, which encompasses the City of Georgetown. This is according to the Regional Divisional Traffic Officer, Deputy Superintendent, Timothy Williams, during a “Traffic and You” programme yesterday.

“What we plan to do is to minimise conflict between members of the Force and civilians, or drivers. Ranks would be deployed at strategic points during the peak period…So, the stopping and searching and asking or requesting drivers of vehicles’ documents, I rather suspect, some where along the line, we would want to gradually remove from that. It leads to many confrontations with drivers,” he said.

Williams said that his division is more focused on “building bridges” by encouraging partnerships between members of the force and civilians.
“So that issue where police [ranks] are stopping drivers and are asking documents and so on, and leading to conflict, we’re trying move away from that, so that we can have less confrontation on the public roads,” he reiterated.

The Traffic Officer’s comments come against the backdrop of numerous videos on social media showing altercations between traffic officers and drivers.