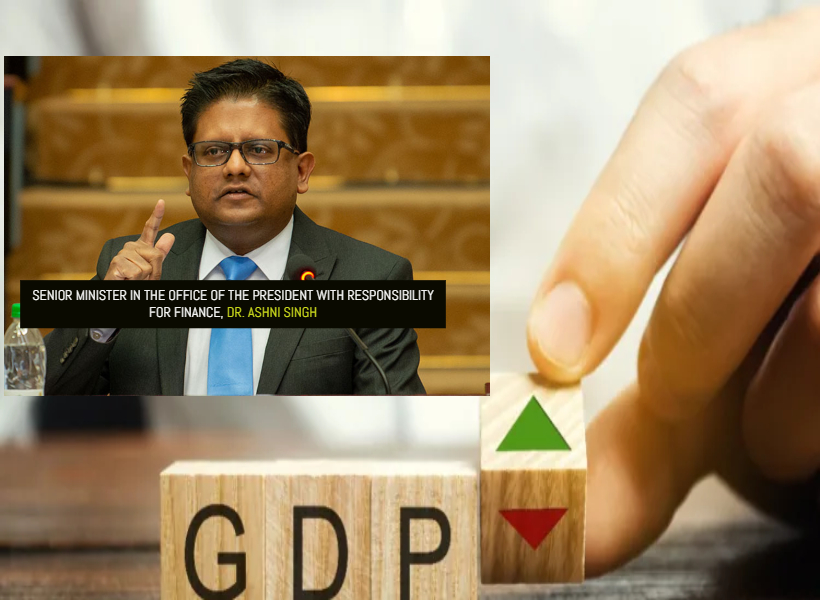 According to Senior Minister with responsibility for Finance, Guyana is the only country in the world that is forecast to achieve a Real Gross Domestic Product (GDP) growth of 47.5 percent in 2022.
During the unveiling of Budget 2022 which totals $552.9B, Dr. Singh said this growth reflects the coming into operation of the second floating, production, storage and offloading (FPSO) vessel, the Liza Unity, which will significantly ramp up oil production to 340,000 barrels of oil per day.
He said too that last year’s growth projections were also creditable, once again, on account of the oil sector.
In this regard, Dr. Singh said real Gross Domestic Product (GDP) is estimated to have grown by 19.9 percent for 2021, while non-oil GDP is estimated to have grown by 4.6 percent in 2021, despite the persistence of COVID19 as well as the impact of the floods.
With this rate of overall growth, Guyana is likely to be amongst the three fastest-growing economies worldwide in 2021, the Finance Minister declared.
Speaking to other developments in the oil sector, Dr. Singh said a total of 42.7 million barrels of oil were produced in 2021 compared with 27.2 million in 2020. He said this level of output was supported by the remedying of the mechanical issues initially encountered as a result of which the oil production rate for 2021 is now estimated at approximately 116,900 barrels of oil per day (bpd).
He said too that the increased level of production resulted in the subsector’s value-added increasing by an estimated 46.5 percent.
As a new oil and gas producer and the country with the 17th largest oil reserves in the world to date, the Finance Minister said the oil and gas sector promises to be the driver of historically high levels of growth in the Guyanese economy with strong positive spillovers into the non-oil economy.
He said this is already observed in the nation’s economic performance over the past two years, while adding that the external environment remains supportive with demand for oil anticipated to exceed pre-pandemic levels in 2022 and a very positive near-term outlook.