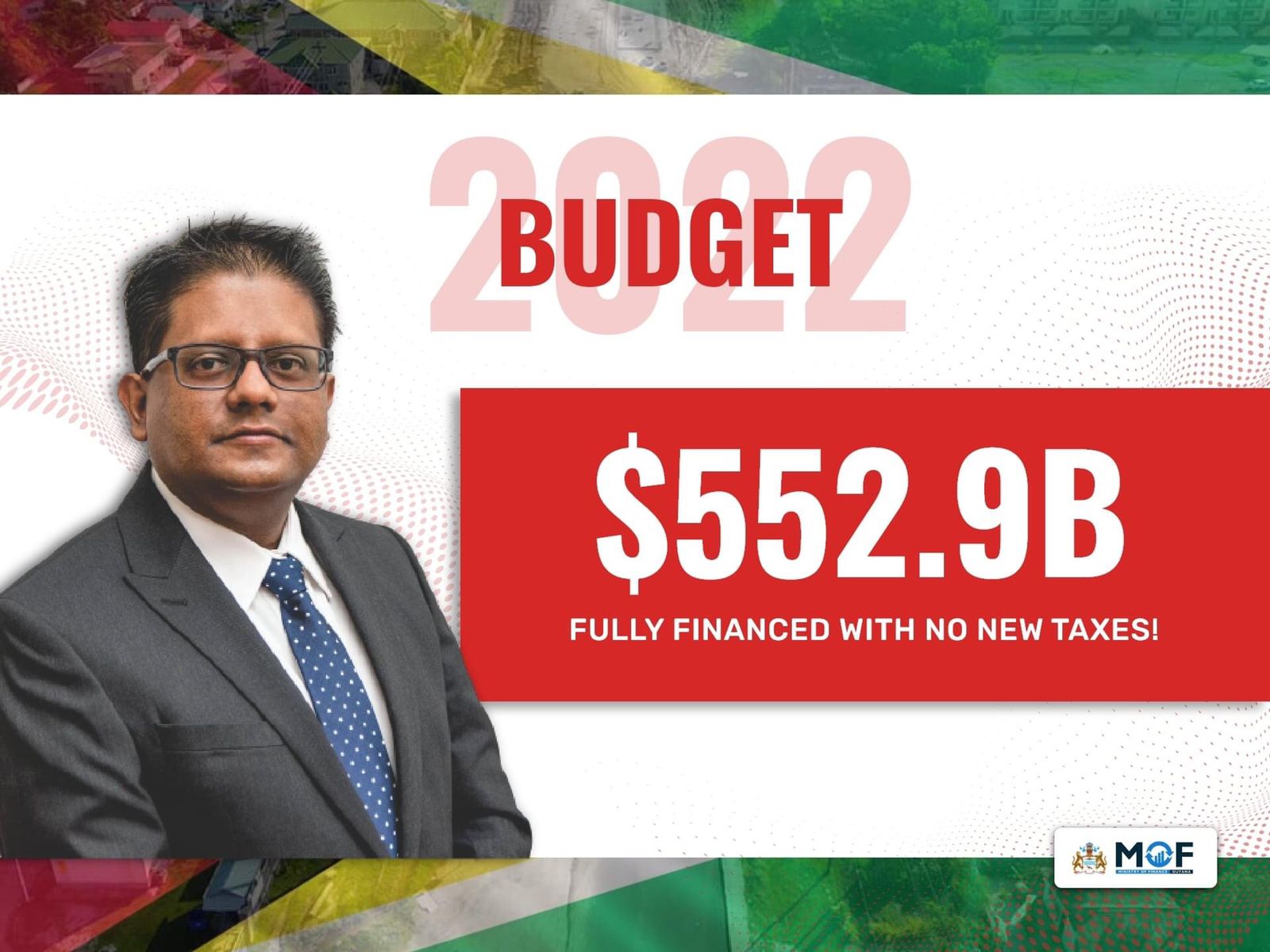 In addition to the wide range of public investment projects and initiatives outlined in the PPP/C Government’s 2022 budget which totals $552.9M, several measures will be implemented which are aimed at providing support to both businesses and households.

5. Increase of the monthly income tax threshold from $65,000 to $75,000 monthly, thereby releasing a total of $1.3 billion into the hands of current taxpayers both in the public and private sectors.

6. Removal of withholding tax from individuals whose total interest income does not exceed $10,000 per annum.

7. Lowering of the excise tax rate further on gasoline and diesel from 20 percent to 10 percent, with immediate effect.

9. Govt. to allow taxpayers a deduction from their chargeable income for premiums paid for life and medical insurance up to a maximum of 10 percent of their income or $30,000 monthly whichever is lower.

10. Introduction of a Dialysis Support Programme under which government will finance up to $600,000 per annum worth of dialysis treatment for each dialysis patient in Guyana. This programme will provide much-needed assistance to almost 300 persons at a cost of $180 million.

12. In relation to importation of new motor trucks of any tonnage for transport of goods (new for the purposes of this paragraph refers to vehicles less than four years old), government will remove the 10 percent excise tax as well as the 14 percent VAT that currently apply.

13. In relation to the importation of new haulers for pulling containers or similar vehicles for pulling, VAT of 14 percent that currently applies will be removed

14. For the importation of new double-cab pickups below 2000 cc, 10 percent excise removed tax altogether, while for new double cab pickups between 2000 and 3000 cc excise tax will be reduced from 110 percent to 75 percent.

16. In August 202, there was an adjustment to the freight cost component in the CIF value used for calculation of import taxes, rolling back freight costs to pre-pandemic levels. This had the effect of reducing the import duties, excise taxes, and VAT charged on imported items. This measure was initially due to expire on 31 January 2021. Government said it will be extending the application of this adjustment until 31 December 2022. This measure is expected to cost in the order of $6 billion in 2022.