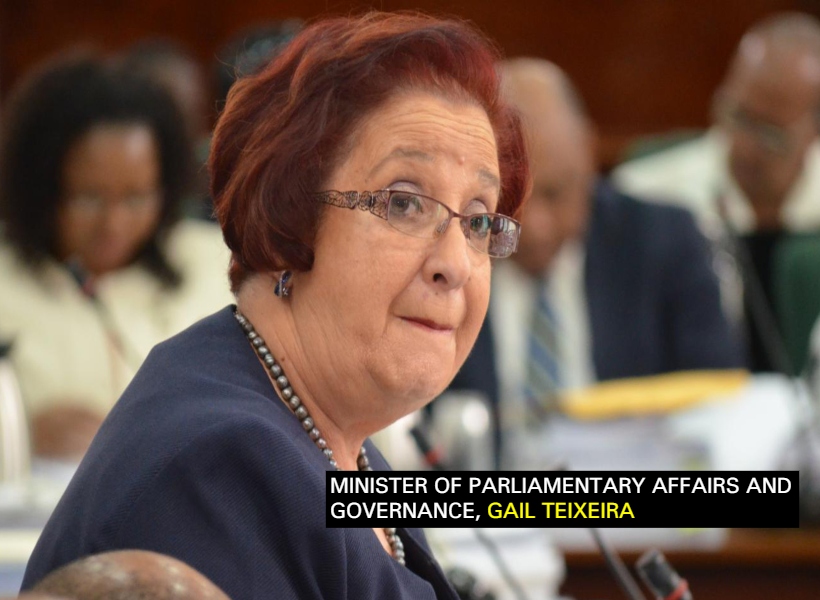 Money has been approved in budget 2022 for the final payment of the Offshore Patrol Vessel. The first payment of $618 million was made through the 2021 budget for the $2.3 billion patrol vessel.

This was disclosed by Minister of Parliamentary Affairs and Governance, Gail Teixeira on Monday in the Committee of Supply. The minister was being questioned by the parliamentary opposition on the budgeted sum for the Guyana Defence Force (GDF).

The $2.8 billion budgeted for capital projects for the GDF, will also strengthen the capacity of the force. While she could not give details due to security concerns, she noted that there is accountability through the auditor general, the public accounts review and internal audits.

“The fact is that our Guyana Defence Force, we need to make sure they are properly equipped and trained to do the job they have according to the constitution which is to defend our territory and to ensure we live in a secure environment,” Minister Teixeira stated.

However, as it relates to the patrol vessel, when the first payment was made in 2021, the minister had relayed in the Committee of Supply that it would be utilised by the Coast Guard to patrol the country’s Exclusive Economic Zone (EEZ).

“We have a border issue. We have our waters where there were incursions. We have one old vessel and, therefore, a decision was taken that we could acquire a new one,” the minister had said in 2021.

The patrol vessel is being constructed by United States company, Metal Shark. (Extracted and modified from the Department of Public Information)