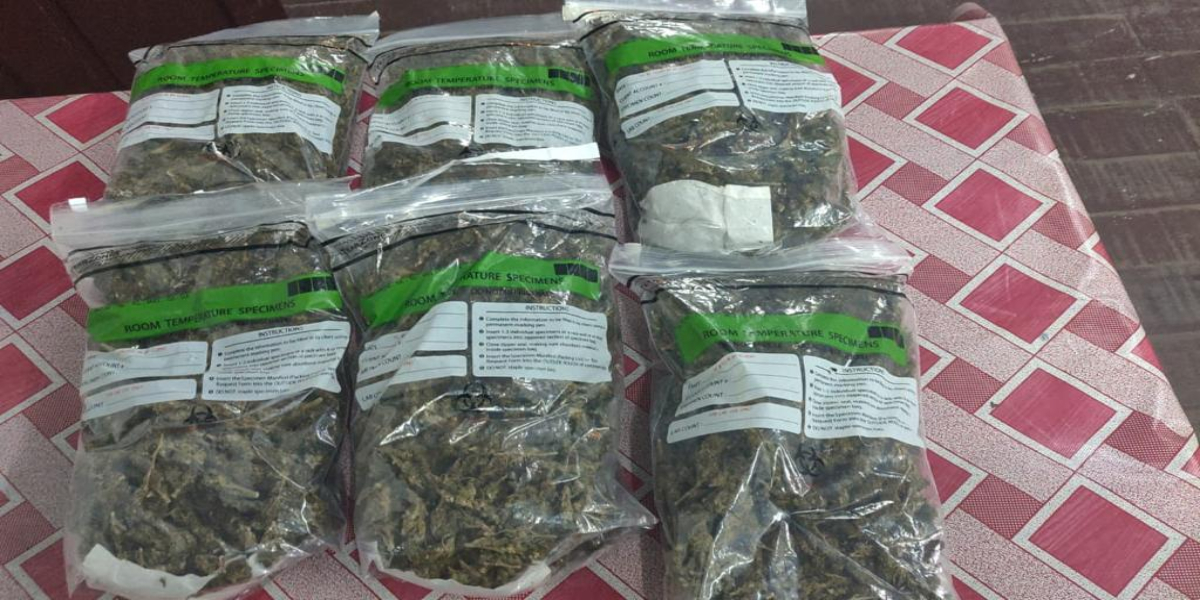 Following a threatening behaviour report made by a 24-year-old woman against her brother-in-law, ranks of the Anti-Crime Patrol in Regional Division 4C went to the suspect’s residence at Haslington North, ECD about 23:00hrs yesterday.

On arrival the ranks began to smell a strong scent of cannabis. A search was conducted and on the veranda in a blue metal barrel, where six transparent ziplock bags containing a quantity of cannabis leaves, seeds and stems were found.

Same was then taken to the Cove and John Police Station where it was weighed and amounted to 1,280 grams.

Checks are being made for the suspect who is also the person the threatening behaviour report was lodged against.