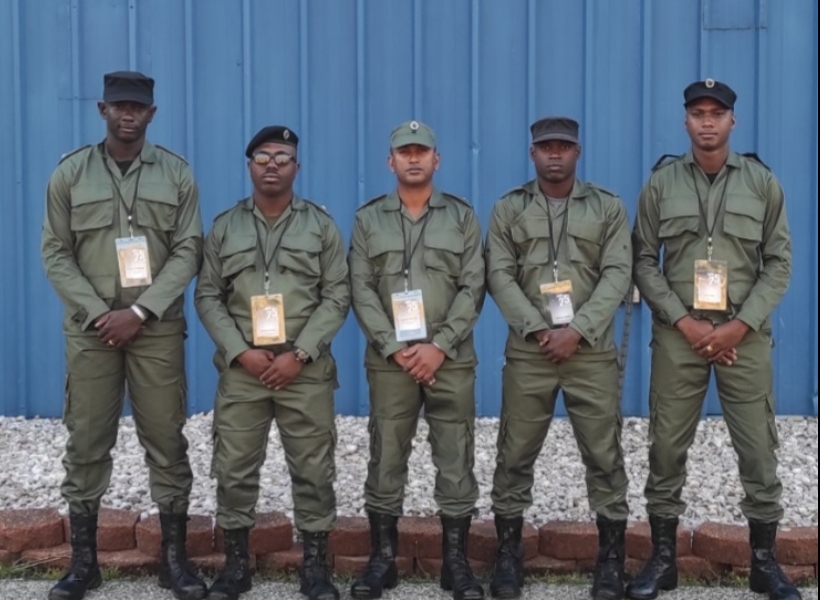 Five Prison Officers from the Guyana Prison Service (GPS) participated in the Mock Prison Riot training held at the West Virginia Penitentiary at Moundsville, USA from May 1-4, 2022.

The training, which drew representatives from Africa, Asia, the Caribbean, and Central and South America, gives law enforcement and corrections officers the chance to train under the most realistic conditions possible with the newest, non-lethal-cutting-edge technologies.

Speaking upon his return, Senior Superintendent of Prisons (ag,), Deoraj Gyandat said the Mock Prison Riot Training not only grants him and his colleagues the know-how about these new non-lethal technologies and tactics, but it also explores best practices within the prison settings.

The other four officers who participated in the United States of America sponsored programme were: Warren Austin, John Emanuel, Travis Archer, and Stephen Paul.

Meanwhile, Director of Prisons Nicklon Elliot expressed special gratitude to the United States of America government for allowing the prison officers to be a part of the training programme.

The West Virginia Division of Corrections and Rehabilitation organizes the annual event at the historic former prison, which operated from 1876 until 1995, in conjunction with the nonprofit West Virginia Corrections Training Foundation.