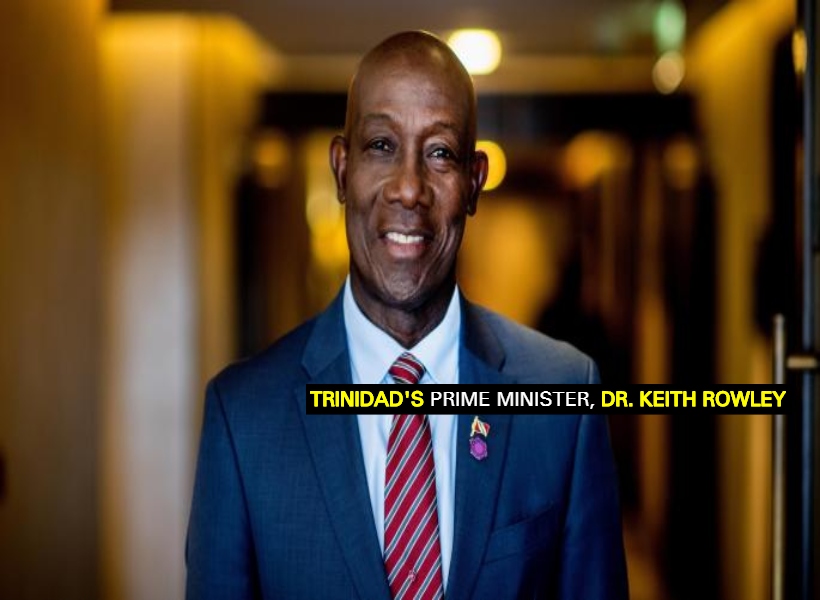 If CARICOM is to truly unlock its agricultural potential, it must get past the stimulating dialogue and take action that includes the development of a business model that will harness the right investments for improved food supply and production systems within the region.

This was the message of Prime Minister of Trinidad and Tobago, Dr. Keith Rowley who, along with nine other regional leaders, delivered remarks at Guyana’s inaugural Agro-Investment Forum and Expo which opened today at the National Cultural Centre under the theme “Investing in vision 25 by 2025.”

PM Rowley said his country stands ready to provide any support Guyana may need going forward with the goals of the conference while noting that TT is in the perfect position to craft the business model he recommended.

Along with the need for the right business plan to ensure the region reduces its import bill by 25 percent in three years, he was keen to note that regional leaders must be ready to upset the status quo. In this regard, the TT official alluded that there would be persons or groups that would be ready to fight to protect their interests. He also noted that as the conversation of improved or increased production gets underway, there are persons who will lobby for a level of protectionism. The TT Leader noted however that this approach would be counterproductive to the food supply goals set out by the conference and CARICOM.

The Trinidadian PM also spoke to the need for affordable transportation for goods and services throughout the region.

He said, “…if we are going to produce in significant volumes then we bring into question the issue of transportation. When we became independent as a Federation, that fleeting existence that we had, the Canadian government gave us a gift of two ships: the Federal Maple and the Federal Palm. They ran up and down the CARICOM…At no time I can recall that the people of the region were ever better connected and better served.”

Dr. Rowley noted that at the end of the life of those ships, they were never replaced. He said this was not done due to the failure of “the independents” to do what was needed to serve their people.

“We knew what had to be done but we did not do it. I gather that there are international supporters at this conference and I will say here today, if you really want to help CARICOM to do what we are saying we can, then one of the best things you can do is to help the governments here fund and have operating within the CARICOM region vessels of that nature so that our people can travel by sea in an affordable way. Goods and services by sea are always the cheapest. It needs to be done,” the Prime Minister appealed.

Once the foregoing matters are confronted with meaningful action, the Prime Minister expressed the hope that CARICOM leaders of today would achieve food supply that will “survive fair winds and foul.”

The Trinidadian Leader also commended the Government of Guyana, particularly President, Irfaan Ali and Vice President, Dr Bharrat Jagdeo for their leadership on matters of food sustainability and in hosting a successful forum that brought together, key regional government heads and some of the region’s leading visionaries in the industry in one place for discussion.